A few days ago a reader sent me an interesting e-mail about a game from the Legend of Zelda series.

It was an interesting experience, especially the long phone conference with Nintendo’s localization and legal departments over the ESRB requirements and all. There were a couple of weird things that I found in the N64 original French translation, mainly how the Flower Bomb was translated as “chou péteur” (literally, Farting Cabbage). Considering how NOA told us specifically to NOT add jokes where there were none and other similar instructions, I had to fight with them to NOT keep the French translation (finding out what it meant literally did the job).

Makes me wonder, though: that’s something that the original Japanese version may very well have. How are the Flower Bombs called in the Zelda games in Japan? At first I thought that the original French translations were trying to be hip and edgy, but I now wonder if they didn’t just do a literal translation in that case? Something’s for sure, the Deku Tree was renamed in French the Mojo Tree because “Deku” pronounced in French is “de cul”, or “shitty”.

Anyway, I’ve bookmarked your site and will be sure to read it through! 🙂

Farting cabbage? Shitty trees? Oh man, localization can be like walking through a field of land mines sometimes 😯

For reference, I took a look at the French version of the N64 game and indeed, it says “chou péteur”!

Anyway, time to get the question itself – what did the original Japanese game call them? Well, I took a look at the Japanese and English versions of the game too and got some screenshots for reference:

Here we see that the Japanese text says , which indeed translates as “bomb flower”. So it looks like the French translation was the wacky one – and it sounds like the important folks at Nintendo never really knew about it for well over a decade!

Are there any more strange translation changes like this in other games? If you know of any, let me know in the comments or contact me some other way!

Over the past few years, I’ve received a number of messages from French-speaking readers about this “farting cabbages” topic and how the “fart” meaning isn’t as strong as suggested. For reference, I thought I’d share one such message I received, although I’m sure you can find more in the comments below.

As I was reading the article about the “farting cabbages” from Ocarina of Time, I realized there was a misunderstanding with the word “péteur”. One of the meaning of the verb péter is indeed to fart, but in everyday language it also means to explode, like a bomb. There might be a pun about the fact that some cabbages make you actually fart (Julien Bardakoff, the original french translator, enjoys that kind of humor), like Brussels sprouts, but I’ve been playing the game since its release and never thought about it this way. 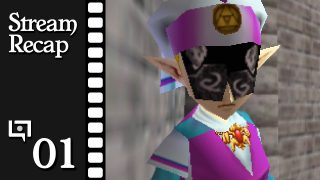 We had lots of casual game + localization + life discussions while playing Ocarina of TIme.