I have watched a few movies and seen a very particular translation of the word “harakiri” (a very specific kind of suicide). At every instance the word is said in Japanese, the Dutch subtitles actually use the word “seppuku”. I found this jarring in particular, because translating the word harakiri to seppuku in every instance would not always fit the tone. From my understanding seppuku is a milder way to put things, comparable to saying “taking your own life” instead of “suicide”, but there’s probably more nuance to it than that. Because I do not speak Japanese, and never lived in Japan, I’m curious what your perspective on this matter is.

For some reason this sounds really familiar to me, like I’ve seen it before myself, or maybe I committed this act of wackiness myself in one of my own translations in my early years? I doubt the latter is the case, but for some reason it just sounds so familiar.

In any case, let’s start with seppuku. In Japanese, it’s spelled . The left kanji means “cut” and the right kanji means “belly”. Together, it refers to the old act of ritual suicide by cutting your belly open. There’s more to it than that, but for the nitty gritty details I’ll just point to the Wikipedia article.

So what’s harakiri? In Japanese, it’s written … and, as you can see, it uses the same kanji. It actually refers to the exact same thing – it’s just another word for it.

It’s hard to explain in just a few sentences, but basically “seppuku” is the more formal name that you’d see used in documents and such, while “harakiri” is less formal and what you might hear people say out loud in informal settings. You probably wouldn’t find it used in official documents. Of course, language is never that black-and-white, so don’t take those as rules that are set in stone or anything.

So the question then becomes, “Why did these subtitles change harakiri to seppuku?”

Not being Dutch I can’t say for sure, but my hunch is that “seppuku” is probably the more commonly known word outside of Japan, given that it’s the more formal term. In America, I feel like “seppuku” is known more than “harakiri”, although thanks to World War II veterans returning from Japan, “hari-kari” is the most well-known of them all. I cringe every time I hear someone say it, though 😯

Actually, there’s an added layer to consider – words imported from other languages often start to take on a life of their own and absorb new meanings and nuances. Since I don’t speak Dutch I can’t really say what new nuances “seppuku” and “harakiri” might have in that language. In American English they still mostly refer to the actual act of suicide by disembowelment, although sometimes in business contexts I hear it used simply as a fancy way of saying “suicide”. So maybe these altered nuances I’m not aware of are part of the reason why the translators chose “seppuku” over “harakiri”.

Anyway, that’s what’s up with seppuku and harakiri. And be sure not to call it hari-kari – use this to help you remember. 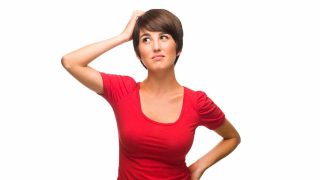 If you've ever considered studying Japanese or translation, this information will be useful to know.

Japanese writing sometimes has smaller writing on top of it. This explains what it is, and why it exists.

Leave a Reply to The Ubbergeek Cancel reply