Why Japanese Demons Are Elephants in English WarioWare

Jessica K. sent in a set of questions about WarioWare: Smooth Moves for the Wii that seem intriguing:

In WarioWare: Smooth Moves, there are different poses to hold the Wii Remote in called “forms”. Several of these forms had names that referenced Japanese culture, which were changed in the American localisation. One example is “The Elephant”, in which you hold the remote forward with the end lightly touching your nose, like an elephant trunk. The original Japanese name is “Tengu”, which is of course a reference to the Tengu’s long nose. I would like to ask if you know what some of the other localisations could be referring to in the original.

The Chauffeur: This one doesn’t even have a translation from the Japanese on the Mario wiki. The Japanese name is “まわりゃんせ”. Do you know what this refers to?

The Janitor: The remote is held with two hands, like a mop. It is known as “Prince Shotoku” in the Japanese, who I understand is a person from Japanese history or folklore.

The Boxer: The remote is turned on the side and held in the player’s dominant hand. The Japanese name is “Okappiki”, which is translated on the Mario wiki as “Detective”. My online Japanese-English dictionary clarifies that it refers to a “hired thief taker (Edo period); private secret policeman; private detective”.

The Mortar and Pestle: In this form, the player gently cups their non-dominant hand, making the mortar. The remote is gripped with the dominant hand and used in place of the pestle. The Japanese name is “Kobozu”, translated as “Priest”. Is this a reference to one of the duties of a young priest or something?

I would very much appreciate if you could tell me if you know anything that might clear up why these forms are called what they are in the Japanese original. Here is a link to the page on the Super Mario wiki if you need more information.

I hadn’t realized that this WarioWare game had this much localization done to it or that it was this Japanese-ish originally, neat! Anyway, while I’m no expert on some of the following subjects, I’ll try to give the best info I can.

Next up on Jessica’s question list was the “Chauffeur” move, which is called “Mawaryanse” in Japanese. The Mario Wiki apparently leaves it blank, but why?

The truth is that it’s because it’s not very easy to explain. By itself it’s a sort of old-timey, dialect-y way of saying, “Go around (to some places and come back)” or “Go turn” or “Go spin” or something along those lines. But in this specific case it’s being used as part of a song in a Japanese-style celebration or festival dance, except where the song would probably mention “dancing” it instead talks about “turning” and a “bar”.

There is more to it than that and I’m sure I’m missing something myself since I’m not a native, but the simple answer is that this “mawaryanse” is a part of a Japanese song and dance. As such, it doesn’t have a good, simple English equivalent that would fit in its place.

Next, Jessica asked about the “Janitor” move. In Japanese, it’s called “Prince Shotoku”, who is an extremely important figure in Japanese history. Here’s how this move looks in both versions of the game:

The next question was about the “Boxer” move, which is called the “Okappiki” move in Japanese.

Like a lot of things in Japanese culture, this is something that doesn’t have a good, simple equivalent in other cultures, so trying to boil things down to a one-word translation often doesn’t work.

In this case, “okappiki” were sort of low-class, unofficial aides for actual law enforcement officials during the Edo period. Okappiki were usually former criminals themselves and would do the dirty work that officials couldn’t do – things like spying, torturing, and such. They often did this work in exchange for the officials overlooking their own previous crimes. The feeling I get is that they were somewhat contemptible at the time, but have since become more romanticized in modern stories and entertainment. For more info in English, see here.

And that’s where the “Okappiki” move in this game comes from – an okappiki holding a jitte.

The next question was about the “Mortar and Pestle” move, which is called the “Little Priest” move in Japanese:

Honestly, I feel like I’m missing something myself, but in all sorts of media I’ve seen kid priests depicted grinding something. I always sort of assumed they were grinding miso for some reason, but I’m not really sure why. I think it’s because low-ranking priests tend to be called “miso-grinding priests” but that might be completely unrelated.

In any case, kid priests are often depicted grinding stuff, so that’s probably where this WarioWare move name comes from:

Sadly, I can’t provide much more info than what I’ve listed above, but hopefully it helps explain the Japanese WarioWare stuff a little bit more. Those were all of Jessica’s questions about the game, but on closer inspection it looks like many more moves were localized. If you want to see more, check out the differences here!

As always, if I’ve gotten anything wrong (which is highly likely!) or if you have any info to add, please let me know in the comments or on Twitter!

If you enjoyed this article and know any other fans of Super Mario Bros. or Wario Ware, I hope you'll share it online. Sharing articles is super-helpful and keeps Legends of Localization running!
Follow @ClydeMandelin 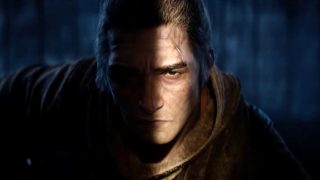 Ancient Japanese culture and language are at the heart of Sekiro, so what do Japanese fans think of the English translation?

How the Rap Lyrics in Mario Party Advance Work in Japanese

The English version of Mario Party Advance features rapping turtles. What do they say in Japanese?

4 Translations in Goonies II That Make More Sense in Japanese

This NES classic has some interesting text that doesn't seem quite right. What did it originally say in Japanese?