What Do Japanese Fans Think of Banjo-Kazooie in Smash Bros.?

Clyde Mandelin ‧ 26 Comments
During the Nintendo Direct for E3 2019, two new DLC characters were announced for Super Smash Bros. Ultimate, one of which was Banjo-Kazooie from the Banjo-Kazooie series.

Banjo-Kazooie was developed by Rare, a company based in England, and debuted on the Nintendo 64 in 1998. Microsoft took ownership of the series later on and even released an Xbox 360-exclusive game in the series.

Given this mostly Western background, the recent Super Smash Bros. announcement left Western fans wondering “was Banjo-Kazooie even popular in Japan?” and “do Japanese gamers even know who these characters are?”.

Naturally, there were also a lot of questions about how Japanese fans reacted to Banjo-Kazooie’s surprise announcement. So let’s take a look!

The first question is: was Banjo-Kazooie even popular in Japan?

I didn’t live in Japan at the time so I don’t have personal experience to draw from, but in general I hear that Banjo-Kazooie and other Rare games were well-received there. 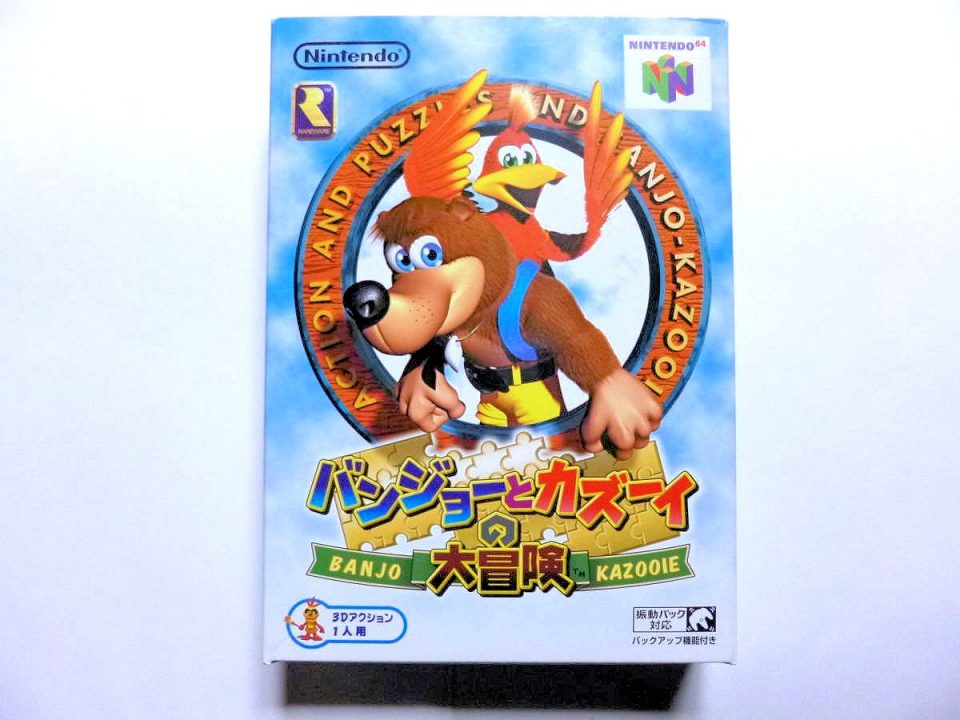 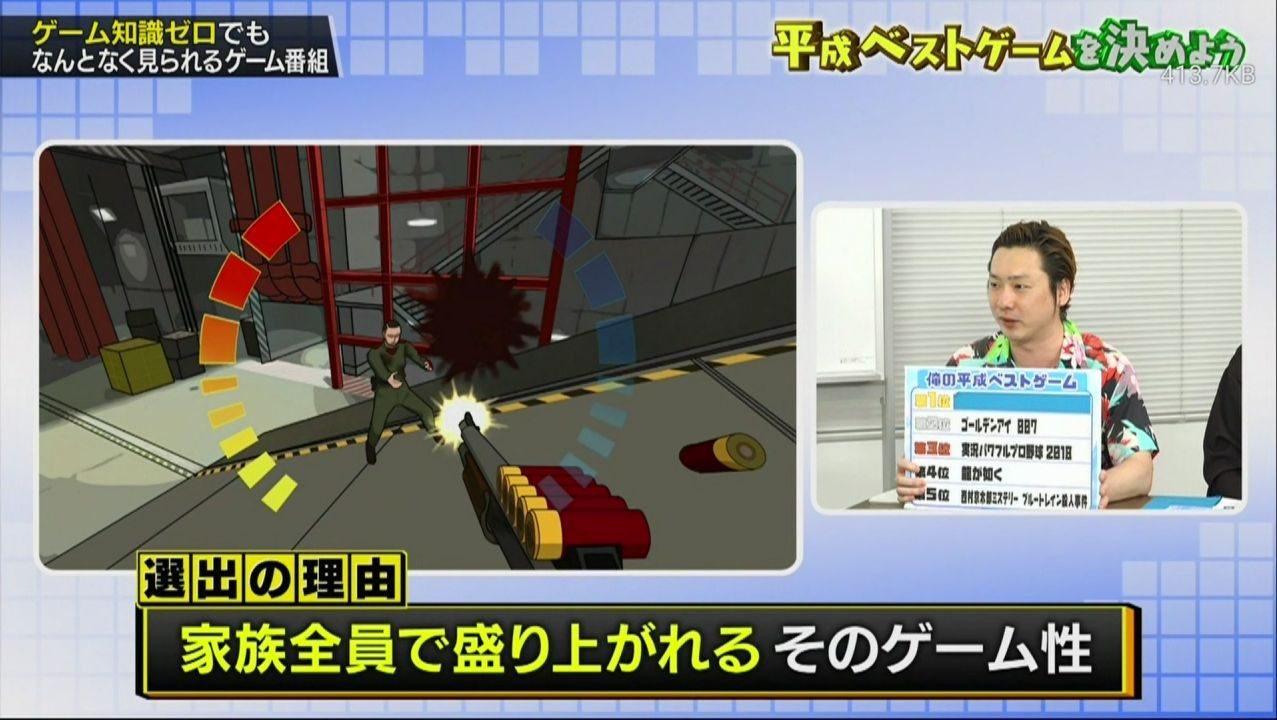 A prominent Japanese gamer recently explained on TV how fun and important Goldeneye 007 for the Nintendo 64 was. He also ranked it #2 on his personal "best games of the Heisei era (1989 to 2019)" list

I don’t think these games were megaton mega-hits like they were elsewhere in the world, but it sounds like they were definitely a solid part of the Japanese Nintendo 64 experience back in the day. At the very least, Banjo-Kazooie did well enough to have its sequel released in Japan too.

Anyway, as always, keep in mind that these are just random comments I’ve chosen and that there are so few listed here that they shouldn’t be considered representative of all Japanese gamers. That would be silly. This is only meant to satisfy readers’ curiosity.

I got so excited about Banjo-Kazooie that I cried! Now I gotta go buy me a Switch!!

Sakurai is really kindhearted. He listens too much to what players say. He clearly listened to the foreign audience with Banjo and stuff.

I seriously cried at Banjo-Kazooie

I never played Banjo but I did hear the bird felt really heavy to hold, so I laughed when I saw that the bird really does look heavy in the promo video.

I only remember Banjo-Kazooie from the old commercial, which had Banjo punching in time to someone singing “Banjo! Kazooie!”.

I believe this is that commercial, incidentally:

Coming from the N64 generation, having Banjo-Kazooie is so great. I was overjoyed when he did the peace sign. Please do a remake too.

I don’t know much about Banjo, but they were made by Rare who did Donkey Kong, right?

Now there’s a third monkey in the game.

I’m so happy about Banjo-Kazooie!

The sound effect when Diddy wakes up K. Rool sounded so much like the balloons in Diddy Kong Racing that I cried

I haven’t seen Banjo-Kazooie since the commercials. It sure takes me back. I can’t wait to see them in action!

I can’t way to play as them!

Banjo-Kazooie? I have no idea who they are. Who are they?

I was very surprised when I learned Banjo-Kazooie was joining the roster. It might be my favorite game for the N64.

I totally loved Banjo and Kazooie, so much so that I might actually buy this lol

The Banjo-Kazooie announcement felt so shocking and miraculous and moving and like a dream come true that I felt like I was gonna lose my mind.

Wow! I should play their game before they’re released!

I hope there’ll be a Banjo-Kazooie game

I’m happy with Square’s long-awaited Dragon Quest representation, but Rare’s Banjo-Kazooie addition makes me many times happier. I can’t believe we can finally see Donkey Kong and Banjo-Kazooie together at last!

What a joke. They should add characters from Splatoon, not these characters nobody knows!

They should really release Banjo-Kazooie on the Virtual Console or something. I’d like to play it again after all this time…

I’m so happy Banjo-Kazooie are in the game!

I had lost all hope for Banjo-Kazooie, so I’m so happy that they made it in!

I can’t believe Banjo and Kazooie are in now. I was in early grade school when the N64 Banjo-Kazooie came out, so I remember them. But I’ll probably wait to get them via amiibo rather than downloading their DLC and Joker’s DLC.

I never imagined for a minute that Banjo would ever make it in, so I’m filled with shock, excitement, and anticipation. Oh, I can’t wait!

They didn’t add Sans from Undertale, but they did add the Hero from Dragon Quest and Banjo-Kazooie! So it was still great!

I had the same reaction. When that jigsaw puzzle piece came flying by, I literally teared up.

Banjo-Kazooie were announced for Smash, but I really want to play a Banjo-Kazooie game! I know there are various issues, but I’d love to at least play a remake!

Banjo-Kazooie really takes me back

I’m so happy Banjo and the Hero are in Smash! I always wanted to play as Banjo!

Banjo-Kazooie brings back so many memories! I played the N64 game when I was in grade school~

Now we just need Geno!! Please, give us Geno!!

I would’ve preferred them to add Yangus, Angelo, or Jessica from Dragon Quest 8 instead of Banjo-Kazooie

Banjo for the foreigners, Dragon Quest for the Japanese. It’s a pretty good balance, I’d say.

I played Banjo-Kazooie 1 and 2, so I’m really happy. Also, I checked and Banjo-Kazooie was apparently released 21 years ago, on Dec. 6, 1998. I was a kindergartener at the time.

When I try to remember Banjo-Kazooie, Crash Bandicoot keeps coming to mind instead

As one born in this modern age, I’ve not heard of Banjo and Kazooie before… but I am genuinely delighted with retro characters such as these being added. Learning about characters you never knew before is fun, also.

I saw a lot of (Japanese) tweets saying “who?” so I’m glad to see a reaction like this

To be honest, I’m way more excited for Banjo-Kazooie than the Dragon Quest character

I never thought Banjo-Kazooie would be in Smash

I’ve never played Banjo and Kazooie, but I remember watching my friend play it at their house lol I never thought I’d feel nostalgic for it like this

I got so excited when they re-created the final scene from Banjo-Kazooie 1.

I never thought it was possible, and they never got announced before, but now my childhood dream has come true. The moment I saw this, I laughed and cried lol

Feels like the Hero is for Japanese, and Banjo-Kazooie is for foreigners

Me, when Banjo-Kazooie was announced for Smash: Banjo! Kazooie! You’re alive!

Again, this is a pretty small sample size of reactions, but hopefully it’s been interesting or enlightening in some small part!

If you liked this article, you'll like this one about Japanese fan reactions to Metroid: Other M, or what Japanese fans think of that Sonic movie trailer. You can also see all my reaction articles here!