What the Temple Text Says in the Ace Attorney Games

This game features some decorative Japanese text that was left untranslated. What does it say? 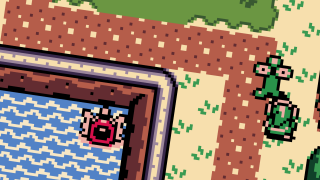 There's a set of silly, hidden lines in this classic game. But what did they originally say in Japanese?