UPDATE: Apparently the English release includes these too? I haven’t played it so I wouldn’t know, but that makes things even more interesting!
If you liked this post and know someone else who's a Tomb Raider fan, I hope you'll share it with them. Word of mouth is what keeps this site running!
Follow @ClydeMandelin 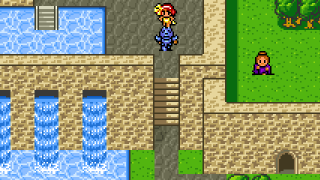 Let's take a look at the first town in Final Fantasy II/IV and see what's different in each version of the game!