One thing many EarthBound fans overlook is the sheer number of newspaper headlines in the game. There’s a lot of stuff some fans never even see!

I never realized it until I started working on these headline comparisons, but I think the rough translation script might have been REALLY rough. I’m talking THIS rough: 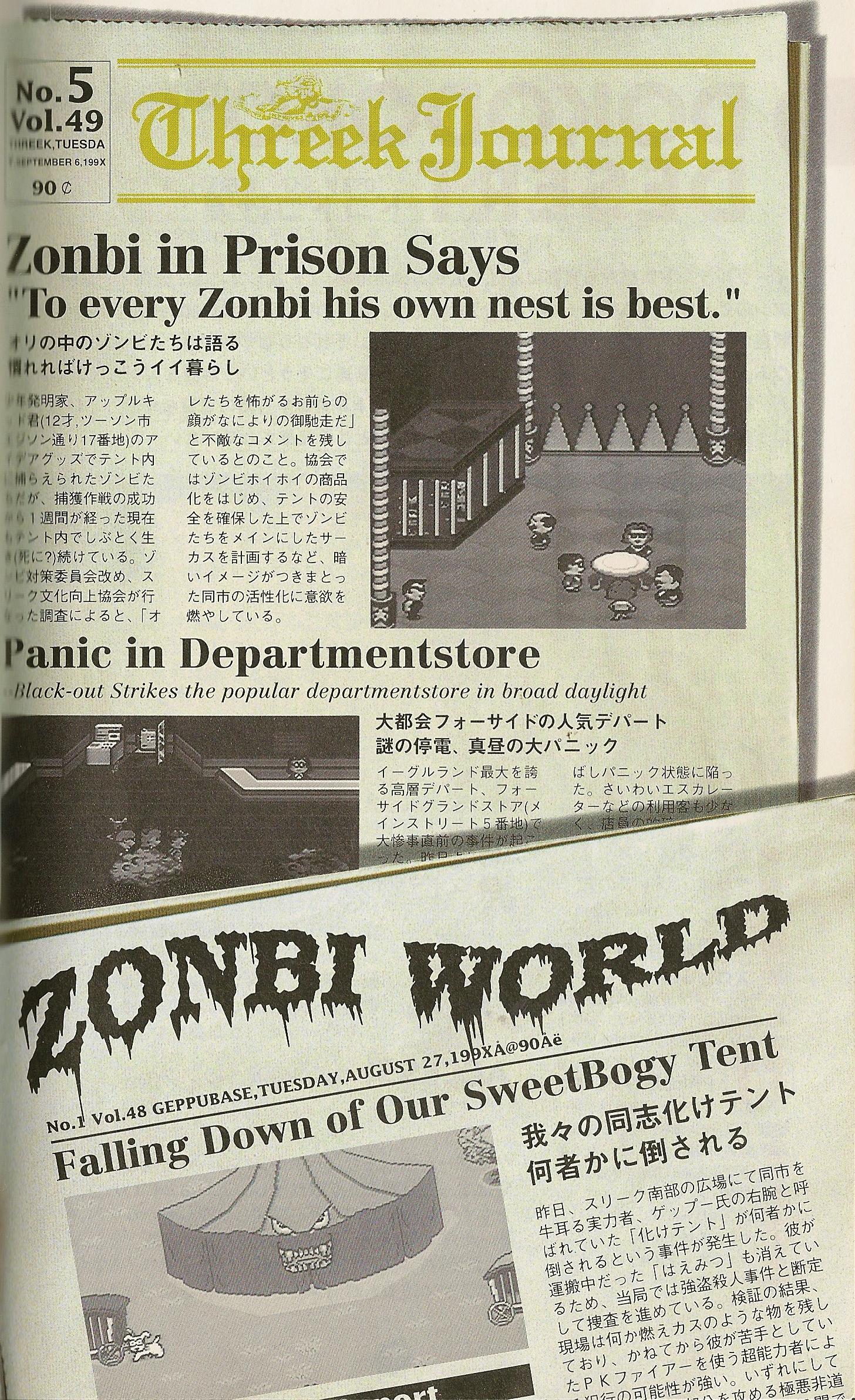 You can see more such scans here.

Basically, some of these phrases are extremely bizarre and unique, and act like translators’ fingerprints. The fact that some of these same phrases appear exactly as-is in the EarthBound translation makes me almost absolutely sure that the entire rough translation script was like the English text in these official guidebook scans. If the translations given to NOA were exactly like that, then the game’s English editors get a million more thumbs up from me. That’s absolutely incredible that text like that could be converted into what we see in the final version 😯

A lot of the English headlines have slight differences but not enough to warrant being mentioned here. So here are the ones that are especially different or of interest:

Note that in MOTHER 2, all of the headlines end with something like, “…According to rumor.” So the joke is that they only get their news through rumors.

This section of the EarthBound Legends of Localization book also includes:

The EarthBound Legends of Localization book contains yet another new chapter dedicated to unused and rarely-seen text! This section includes:

Check out some of my other detailed localization analyses!

Back to Legends of Localization!