How the “Adversary” Boss in Pocky & Rocky Speaks in Japanese

McGregor sent in a question about Pocky & Rocky a while back:

I was playing the SNES game Pocky and Rocky when I noticed some odd dialogue by the bosses in game. I was thinking that lines like “I am your adversary” were a bit odd and smacked of a mistranslation but also seem to fit with the tone of the game the enemies would be blunt and to the point. I know that these blunt lines are some of the reasons fans like the but I’m wondering if this is just a case of mistranslation.

Anyway, here’s a look at the “I am your adversary” line in both Japanese and English:

In the Japanese version, this character says something like, “Guhehe… *I* am your opponent!”

In the English version, he says, “Ha, ha I am your adversary.”

As a translation, it’s not exactly wrong, besides maybe the weird lack of punctuation. But I can see why it might seem “off” – the phrase “I am your opponent” in Japanese often equates in tone or mood to something like, “Now you’re messin’ with ME!” But as a straight translation it often feels kind of awkward in English. Plus it’s not something any intimidating person or creature would really say, except maybe some sort of robot. It just sounds weird.

On a deeper level, though, this character actually speaks in a rural-sounding dialect from northeastern Japan, which also fits the vibe of the monster’s sprite.

The English translation doesn’t really convey this same feeling – especially with the use of the word “adversary”. So between the clashing presentation and the bland translation, it makes sense that this English version doesn’t feel quite right.

As for what a proper localization might sound like, I’d actually like to open that up to commenters! If you have any good rural-sounding lines for “Now you’re dealing with me!” or “You’re fighting me now!”, post them in the comments!

…Meh, those are lame, I know it could be done better. So share your ideas in the comments for all to enjoy 😀

If you enjoyed this article and know any other fans of Pocky & Rocky / KiKi KaiKai, let them know about this article. People rarely seek out localization articles, so sharing really helps me a lot!
Follow @ClydeMandelin

How Lyn from Fire Emblem Speaks in Japanese

People say this main Fire Emblem character talks like a sweet country gal in Japanese. Does she really? 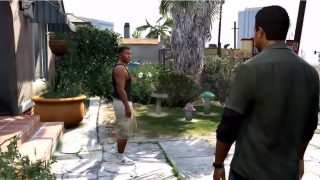 How Frog Talks in the Japanese Version of Chrono Trigger

This unusual character speaks in an unusual way in English, but what does he sound like in Japanese?