KingMike sent in a question that I had wanted to look into for years but totally forgot until now:

So I read about Satoru Iwata recently recovering from surgery. I see some fans have sent him their well wishes with photos of bananas. I’m glad to hear he’s doing alright.

But I was reminded I do have a question about bananas.

In Final Fantasy Legend II for the Game Boy, one of the many worlds you can visit is Edo. While there, you have to help the locals track down a bunch of bad guys for trading… bananas. Was that a clear attempt to censor the game (some say the enemies had opium in the Japanese version) or is there something we don’t know about Japan’s history with bananas?

So I did some searching and here’s a look at a line in the Japanese version and English version of the game:

So my old suspicions were correct – this part of the game was originally all about opium, not bananas!

As for what bananas mean in Japanese society, you could probably write a whole paper on the subject, but for a good part of the last century, bananas were really valuable and hard to get in Japan because of wartime import restrictions and other factors. I’m sure someone can provide much more info than I can – I only know that in passing somehow.

Bananas are also a pretty standard get-well gift in Japan. I’m guess it’s because they’re nutritious and tasty, but maybe there’s more to it than that, I dunno. Photos of bananas is new to me, though. Your guess is as good as mine. As some have pointed out, it’s probably also related to this:

Anyway, there you go! Opium and Nintendo games don’t mix, so it’s no surprise they got changed into bananas 😛 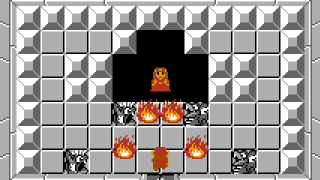 How did The Legend of Zelda's localization fare? How did it succeed and where could it have been improved? 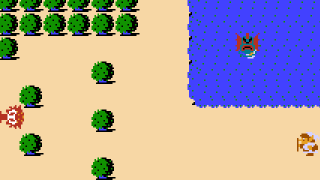