How Frog Talks in the Japanese Version of Chrono Trigger

I was recently reminded that the 18th anniversary of Chrono Trigger’s release is this week, so I figured I’d throw together a quick update. It’s hard to believe it’s already been 18 years though 😯

A common thing a lot of players know about or ask about is about how the character Frog speaks. In the English localization, he talks in a very unique, ye-olde-English style. So the question is, does he talk this way in Japanese? Here’s a quick example!

From my little look at this whole scene, it looks like the character, who’s called Kaeru (which translates to “Frog” in Japanese) in the original script, speaks with the tone of a strong, independent, disciplined man. He definitely speaks in a slightly more complicated, unusual way than people speak in real life, but as far as Japanese entertainment goes it’s a standard “well-trained warrior” style.

The English localization kicks it up a notch and goes with the old, complicated-sounding English to give him a knightly tone.

Actually, I think the English re-release on the DS changed Frog’s speech style to be a little more normal-sounding, but I can’t recall if fans found that to be a good or a bad thing. If you know or have any thoughts about it, let me know in the comments!

While we’re at it, here’s another little tidbit!

I think Chrono Trigger was one of the first console games that let you start a new game using the save data of a previous game. It was a really unique idea and gave games that used it a whole new depth! English-speaking fans know this concept as “New Game+” or “New Game Plus”… but what’s it called in Japanese? Here’s a quick look!

In Japanese, the term is called (tsuyokute nyuu gēmu), which translates roughly to “new game with strength”. This actually came up in a show I translated for work last year, so it was really nice having a background in RPG lingo like this already!

You know, this makes me curious to know what the term is called in other languages now. Let me know if you know!

Anyway, Chrono Trigger is definitely one of the most requested localization comparisons I get. I’d love to take a look at it someday, but I also really feel like it’s been given a ton of translation review work already by the hardworking fans at Chrono Compendium – see here, for example. But if there’s enough of a demand and if I can figure out how to juggle projects better, I might give it a shot. I really ought to hold regular polls or something, now that I think about it.

On a less-related note, if you’ve been studying Japanese and want to use Chrono Trigger and other games to help you learn some more, check out this and this! I’ve actually considered throwing my hat into this ring more than once but never got around to it, so it’s cool to see other folks share their love of games in productful ways like this!

If you liked this article and know any fellow Chrono fans, let them know about it. Thanks for your help!
Follow @ClydeMandelin

Gato's name and song were changed in translation, but how and why? Let's find out! 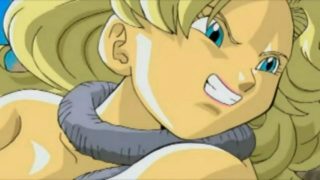