4 Translations in Goonies II That Make More Sense in Japanese

A reader named Robert sent a question my way long ago about The Goonies II for the NES:

”The Goonies II” was released in North America on the NES, and it was quite the game. Most notable were the, you guessed it, odd English translations. Notable sentences include the lines “Ouch! What Do You Do?” when you hit someone, and “I’m Eskimo. There’s nothing here” when you…meet an Eskimo in an empty room. There is also the “warp room” and the ending which both have some odd translation. There is also a bit of self-reference (specifically, a phrase that comes out as something like, “It’s fun to play The Goonies 2!”), but I can’t find a screenshot of it anywhere.

I guess the question is, what do these say in the original Japanese version? Also, was The Goonies a more popular movie in Japan than in North America?

I’ve never completed this game, but I do have fond, yet jumbled memories of it. So now’s a good time to take a look at these lines!

One of the first-person rooms has an Eskimo who seems to be there for no good reason.

It might not seem like much in English, but the Famicom line is referencing a classic Japanese comedy gag created by Hitoshi Ueki back in the 1960s. The famous joke being referenced is the “You didn’t call for me? Oops! My mistake!” line. Old Japanese comedy like this isn’t very well documented in English, so here’s a quick summary of the origin of this joke:

During one show, Ueki’s apprentice made a mistake and told Ueki he needed to go on stage one skit too soon. Ueki wound up walking into a skit that he had no part in, so everyone was confused when they saw him. Before running off the stage, Ueki quickly ad-libbed the line, “Oh, you didn’t call for me? Oops. My mistake.” The staff and the audience laughed so much that the phrase became a regular gag for the rest of the show’s 11-year run.

Since there’s so little about this online, I found a video clip of the gag in action and subtitled it into English:

Hitoshi Ueki was a very famous and influential entertainer, so it’s no wonder that some of his work has appeared in video games. There’s even a reference to him in MOTHER 2! I dedicate an entire page to the topic in my EarthBound Legends of Localization book!

You can also hit characters in the game. If you hit the Eskimo, for example, he says something silly-sounding in English.

The Japanese line sounds like normal, everyday text. The oddness in the English line was most likely due to a non-native English speaker translating the game or due to space limitations.

Some old men in the game will warp the main character to different areas.

The English line isn’t too bizarre, although it definitely sounds a bit unusual. In Japanese, the old man speaks in a unique style that’s associated with olden times.

Incidentally, if you ever see the phrase “you’ve done well to come” or “you’ve come well” in a Japanese-to-English translation like I’ve written above, that’s because it’s a common phrase in Japanese entertainment that sounds odd in a literal English translation. More often than not it simply means “welcome” in English.

Robert mentioned that there’s a semi-secret self-referential line in the game. After some searching, I discovered that it appears after opening a pointless safe near the end of the game.

The Japanese line is, of course, referring to the first Famicom Goonies game:

This first Goonies game wasn’t released on the NES, so the Goonies II localizer rewrote this line slightly to remove the reference. There’s so little text space that it probably would’ve been hard to include a full translation anyway. Even though the first game wasn’t released on the NES, I’ve heard it was released as an arcade game. I wonder if Goonies II got an arcade version too, and if its script is any different from the NES’ script.

As for the movie’s popularity in Japan, I don’t have any numbers or figures to share at the moment but it’s always struck me as very well known in Japan. I’d say it’s on par with its popularity in the United States and elsewhere. Japanese audiences love stories about groups of kids having adventures together and growing up a little bit by the time it’s all over.

So there you go! I think Robert sent this question in about two years ago, but hopefully it’s helpful and interesting info. Speaking of which, while researching all of this I came across another guy who takes a detailed look at Japanese and English games. He has a good article about The Goonies II, so check it out here if you’re hungry for more.

Is Helen Keller Seriously in this Japanese Video Game?

This game features a surprising reference in English. But was it in the original Japanese game too? 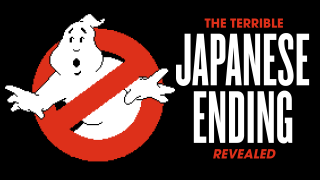 The Ending to Ghostbusters (NES) Is Even Worse in Japanese

This game's notoriously bad translation is somehow an improvement over the original. Here's why.

This simple line ranks high on every list of famous video game quotes. But what was it originally in Japanese?