This section of the game covers the last two days of the live stream. Naturally, it involved a lot of exploring and boss battles, but it also featured some of the most important scenes in the game.

The article below covers a handful of noteworthy translation changes, but the videos above cover many more. If you’re a fan of the game, check it out for more details!

Inside an old tower, you encounter a robot that was designed to explore ancient ruins. It also turns out it’s been stuck inside the ruins for the past fifty years.

In Japanese, the robot is called the (mamī shīkā, "Mummy Seeker"), or just “Māshī” for short.

In the English version, “Māshī” was transliterated as “Marcie”. This would be a reasonable translation choice if you had no context to work with, but the robot’s name is literally explained in the Japanese text:

Basically, the original meaning behind the robot’s name was lost in translation – now it’s just a random name.

It’s just a minor difference compared to everything else, of course, but the English version cuts out the fact that the robot apparently used to associate with lots of people, enough that those people even gave it a nickname.

On a different note, while doing these live streams, this character’s situation strongly reminded me of this comic about that Mars rover.

There’s a surprisingly wide variety of enemies in Seiken Densetsu/Final Fantasy Adventure, although very few of them are named in the game itself. Luckily, the official Japanese guides list the details for every enemy.

The Japanese guide says this enemy is called (garasha). I remember seeing enemies called “Garasha” in other games, but I never really knew what this name signified, if anything.

After looking at Japanese fan sites, it seems there isn’t a clear reason for the name, but fans theorize that the name is in reference to Hosokawa Gracia, a famous woman from Japanese history. 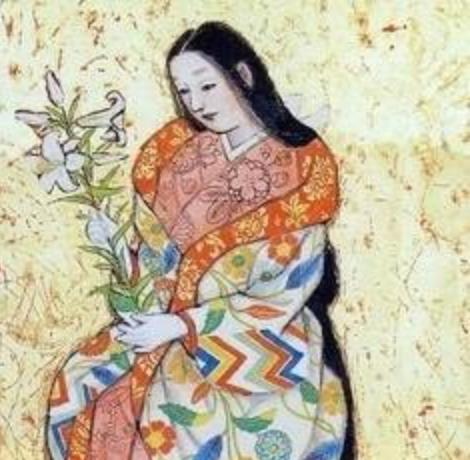 A painting of Hosokawa Gracia, a Japanese personage of historical significance 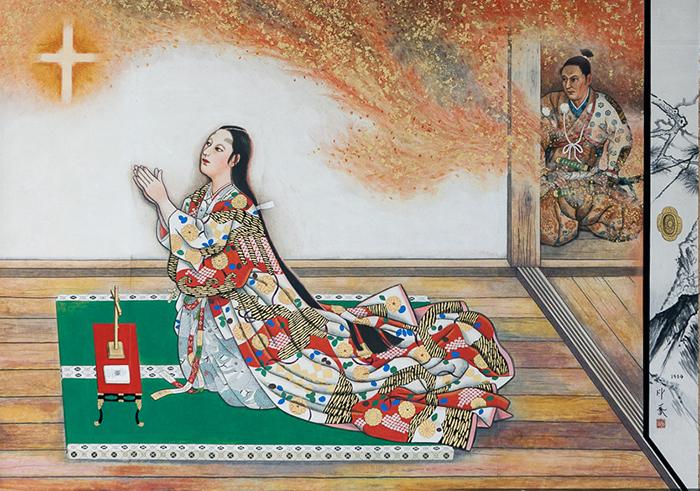 "Gracia" isn't a traditional Japanese name, of course - she received it when she was baptized in the late 1500s

Still, why would this robed bird enemy be named after her? I don’t really have a clear answer myself, but one famous story about Hosokawa Gracia is that she once wore the same blood-soaked kimono for days out of protest. Maybe that’s the connection? It feels like a stretch, but I can’t think of any other connection between her and this enemy.

Incidentally, a robe-wearing bird enemy named “Garasha” appears in this game’s sequel too. As we can see, it was renamed the “Kimono Bird” in the English version:

If anyone has any information or insight into this “Garasha” name, please let me know!

The Final Fantasy games often include powerful “Genji” items that you can equip. Since this game is a spin-off of the Final Fantasy series, it’s natural to see Genji equipment here too. As we can see, though, “Genji” equipment was renamed “Samurai” equipment in the English version:

So what does this “Genji” thing even mean, and why was the name changed?

The very quick answer is that in Japanese history, the Genji clan (also known as the Minamoto clan) was one of the most powerful groups in the country, politically and militarily. As such, the “Genji” name evokes images of mighty warriors of times long past, among other things.

The Genji clan also passed down a famous set of family treasures known as the (genji hachiryō), which consisted of eight suits of armor. Their whereabouts were lost after a major rebellion in the 1100s, so they’ve gained a sort of mythical status now.

This background information isn’t well known outside of Japan, which is why the localizers decided to change “Genji” equipment into “Samurai” equipment. By the mid 1990s, though, the company dropped this Genji-to-Samurai thing: 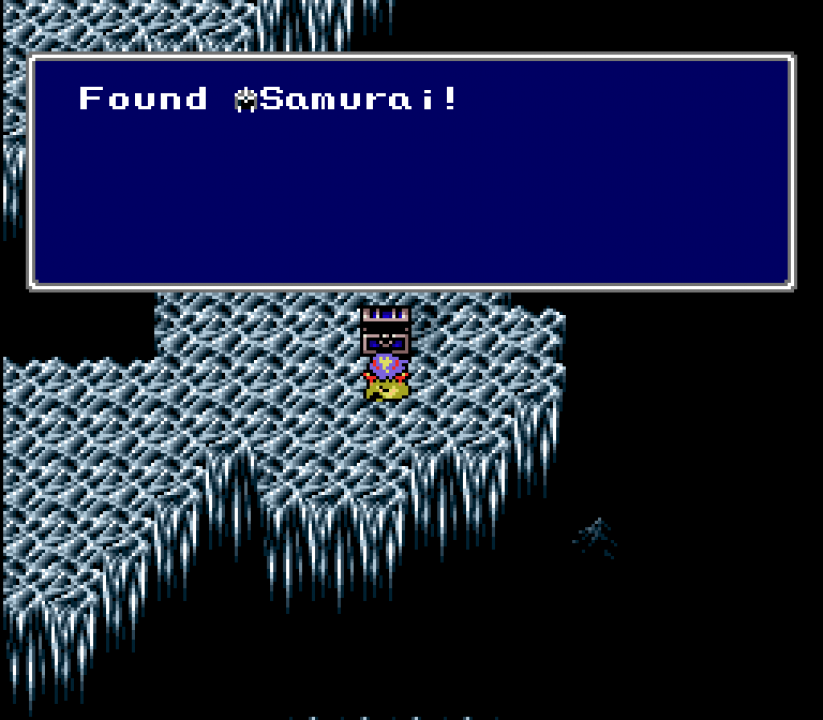 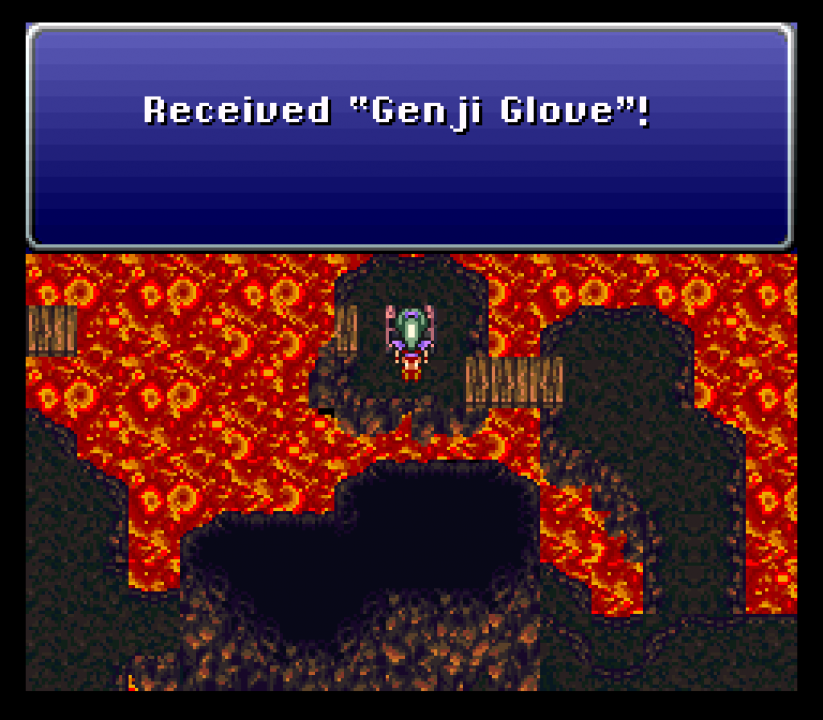 I think “Genji” has always been left as-is in every English Final Fantasy release since, but I could be wrong. If so, let me know!

The final area of the game takes place in a mysterious, magical area far above the rest of the world. Julius, the main villain, taunts the hero just before the final battle:

In this short scene alone, we can see a number of changes: rephrased references to dying, missing religious text, simplified text, deleted text, and the like. But the biggest surprise is the part about the heroine being baptized and becoming the villain’s queen.

The word used in Japanese here is (senrei), which in this context doesn’t necessarily mean “baptize” in the Christian church sense, but just a similar ritual or ceremony of some sort. In fact, that’s how the translation of the 3D remake handles it: 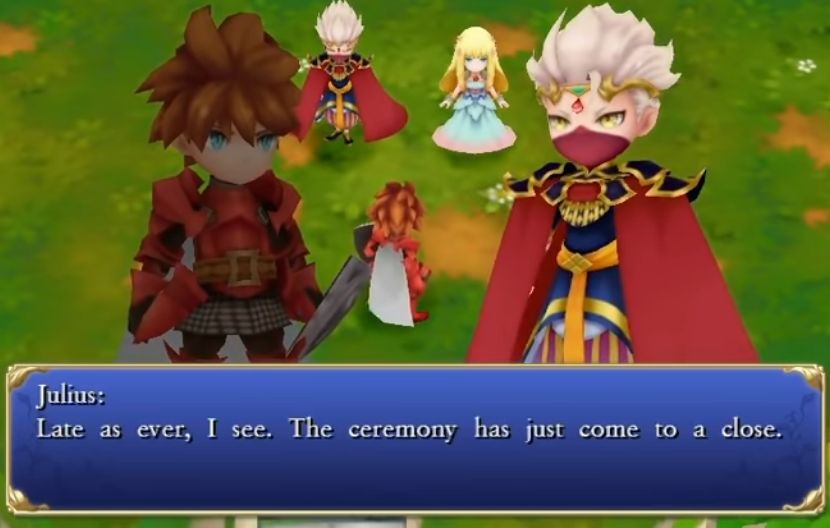 I assume this line was cut from the original translation because of the religious connotation, and the part about the heroine becoming his queen was removed as part of that cut.

Someone in the chat during the stream was actually curious about the heroine marrying the villain, because the 3D remake’s translation talks about it while the original translation doesn’t: 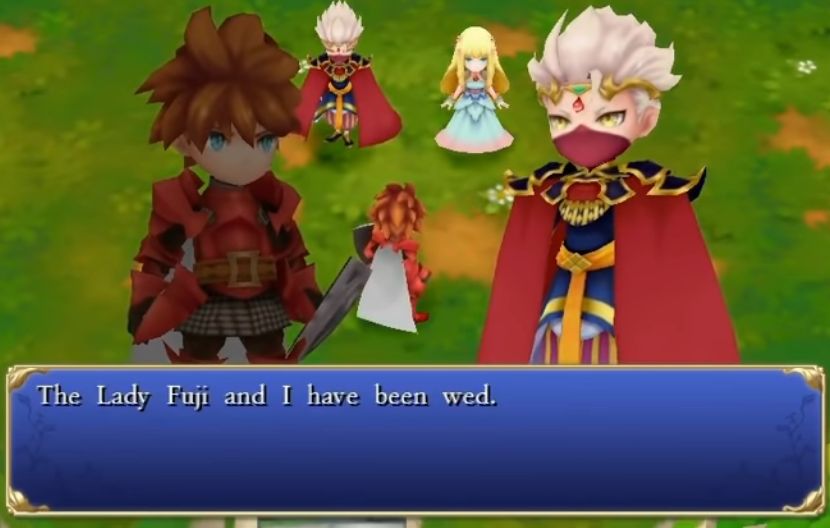 I wonder why this was phrased this way, though – I feel like saying “too late for you, we had a ceremony and we’re married now” is much weaker and less distressing than “your former friend and last member of the hallowed and sacred Mana Family will now do my bidding and help me rule my evil empire”.

After the final battle, the Mana Tree is gone – but it turns out the tree was the heroine’s mother all along. Her mother explains the situation in detail and what responsibilities the hero and heroine must bear from now on.

Lots of little details during this scene changed during the jump from Japanese to English, so let’s look through most of it side-by-side.

That’s a lot of text, so here are some of specific points of interest:

Basically, the details found in the Japanese version are stripped down to the core idea of “I was a tree, but now I’m gone, so you need to be the tree”.

The second half of this scene also has some interesting changes:

Here, we can see a few noteworthy differences. More text was completely cut out, and one line not found in the Japanese script was actually added in. More details were simplified or removed. But the biggest change involves the surprise revelation about the heroine’s mother and the previous Holy Sword hero, a character from earlier in the game.

That last part is such an intriguing bit of information that paints previous events in the game in a new light, plus it gives satisfying closure to the previous Mana Tree story. It also lends the ending a poetic “and so history repeats itself”/”passing the torch to the next generation” vibe. It’s neat, and I’m not really sure why this line changed so drastically in the translation. It was kept intact in the translation for the 3D remake, however:

As always, I feel a lot of these changes are minor, but add up to the point that Japanese players and Western players probably experienced the game’s story in somewhat different ways.

I had a lot fun revisiting this classic game after so many years. I had only experienced the English version back in the day, so being able to compare it now with the original Japanese game breathed new life into it for me. Looking at it in such detail for this project also helped me better grasp the quality of game translations before, during, and after the game’s release.

Looking back, it’s clear that Seiken Densetsu/Final Fantasy Adventure could definitely benefit from a fresh translation today. I would point to the 2003 Game Boy Advance remake, Sword of Mana, but I feel it’s so different that it’s basically an entirely different game of its own. Luckily, the 3D remake is closer to the original game and was given a new translation, so that’s an option if you want to play the game with a better translation.

Of course, despite all of its localization flaws, Final Fantasy Adventure was still very fun and memorable for me when it was released, and I still feel that way about it now.

Here are a bunch of my files and stuff that I used while putting this comparison project together. Hopefully they’ll prove useful to someone somewhere someday!

If you like in-depth game translation comparisons like this article, see a bunch of other ones I’ve written here!
« Golem Cave → Legendary Sword