But why dogs? Why butts? And why these exact days? The answer lies in a form of Japanese wordplay known as goro awase.

In this article, we’ll briefly look at how numerical goro awase works, and how it’s used throughout Japanese culture. We’ll also look at goro awase in Japanese games, and how translators struggle to make it work in English.

What is Goro Awase?

The Japanese term goro awase (pronounced “goh roh ah wah seh”) means something like “mixing and matching the way stuff sounds”. In simple terms, goro awase is a way of playing with the Japanese language to spell words in alternate ways.

Personal tip: If you see the word goro awase so much in this article that it starts to lose all meaning, replace it with “number wordplay” or just “numberplay” in your head.

Goro awase is often used as a memorization technique, but it’s also used in entertainment and just for fun. Goro awase is everywhere – on billboards, on television commercials, in games, in business names, in nicknames… Basically, if you step foot in Japan, you’ll be surrounded by goro awase immediately.

In particular, if you’ve ever played a Japanese game, read Japanese manga, watched a Japanese TV show, or anything else like that, you’ve probably already encountered numerical goro awase wordplay at some point, without ever realizing it. So let’s focus on that topic specifically.

Take the number 07892. In English, you’d normally read it out loud as “zero seven eight nine two”… or you could read it as a more comical “oh, seven ate nine, too”. Japanese goro awase is kind of like that, just more complex. Here’s how it works.

First, many characters in the Japanese language have multiple possible readings.

With that quick explanation out of the way, here are some Japanese readings for the numbers 0 through 10:

I’ve simplified the list above – there are actually many more possible readings for each number. And with so many possibilities to choose from, goro awase allows you to write all kinds of stuff in Japanese with numbers alone.

For a stronger grasp of goro awase, try using the list above to convert the following Japanese words into numbers!

Everywhere you look in Japan, you’ll find goro awase-filled advertisements. This is because goro awase can turn phone numbers into catchy, memorable phrases: 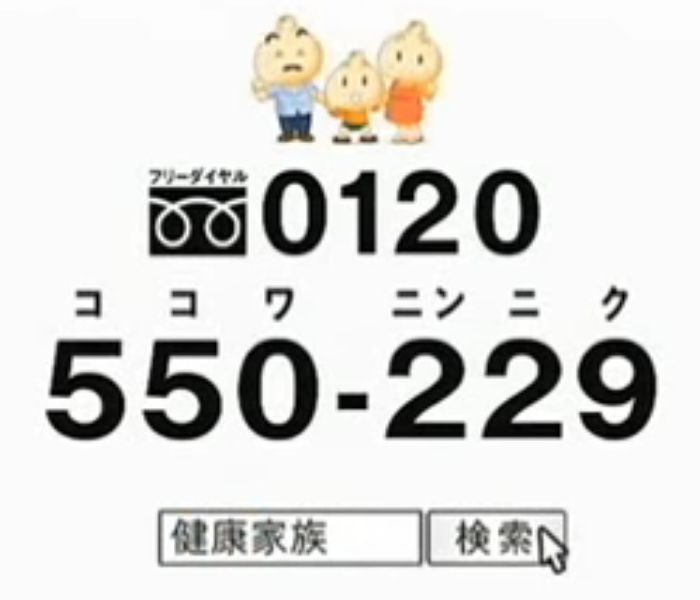 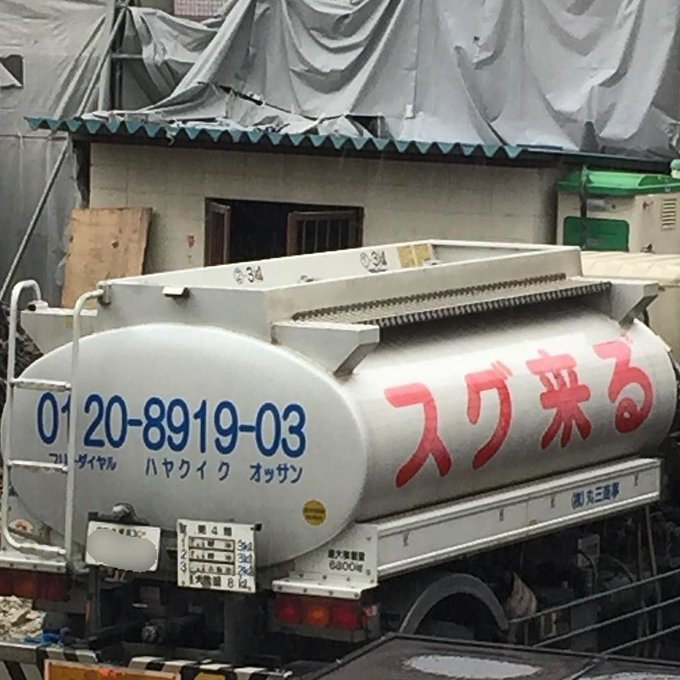 Of course, this phone number thing isn’t exactly unique to Japan – we do something similar in English: 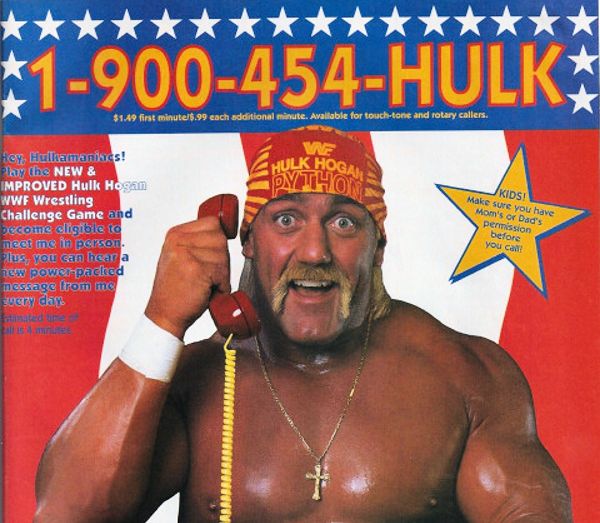 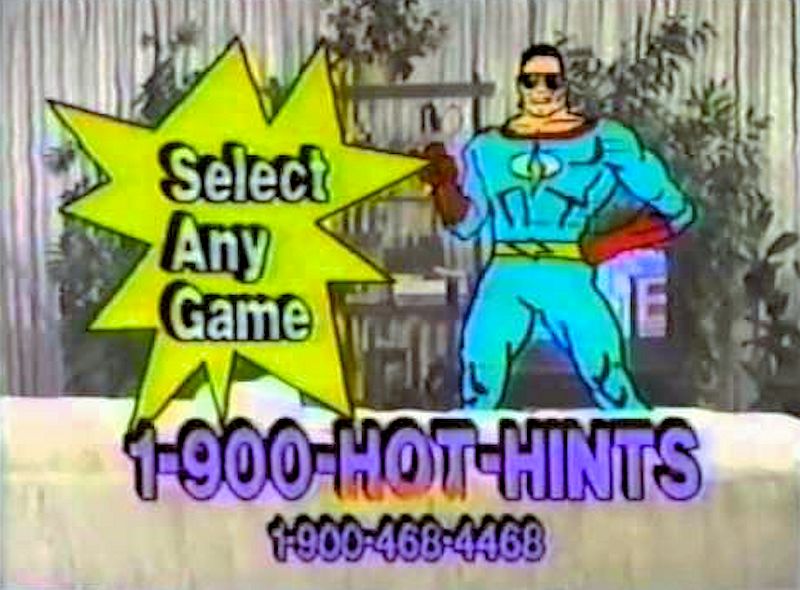 Still, phone number goro awase is fundamentally different – it plays with the Japanese language itself, while English phonewords play with the standard phone keypad layout.

Goro Awase as a Learning Device

In school, you probably learned special phrases to memorize stuff – things like:

Japanese goro awase is sometimes used as a memorization technique too, especially when numbers are involved: 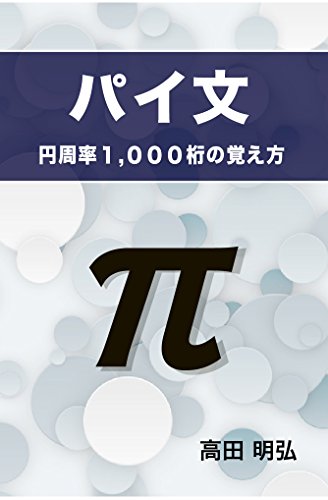 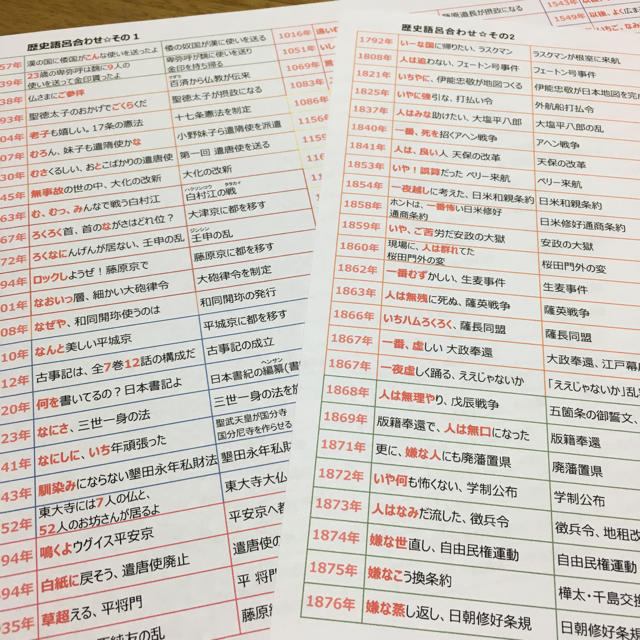 As an example, let’s say you wanted to memorize the years a bunch of games were released. Pac-Man was released in 1980, so a good goro awase to use would be iku hamaru (“go get addicted”).

You know how English-speaking Star Wars fans call May the 4th “Star Wars Day” because it sounds like “may the Force (be with you)”? Japanese goro awase can do something similar with dates, but with much more flexibility: 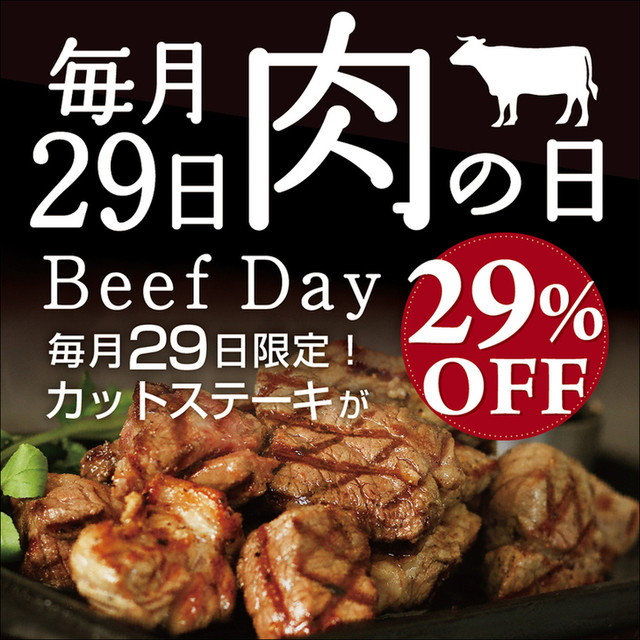 The Japanese word for "meat" is niku, and the number "29" can also be read as niku. As such, February 9th - along with the 29th of every month - is sometimes celebrated as "Meat Day" 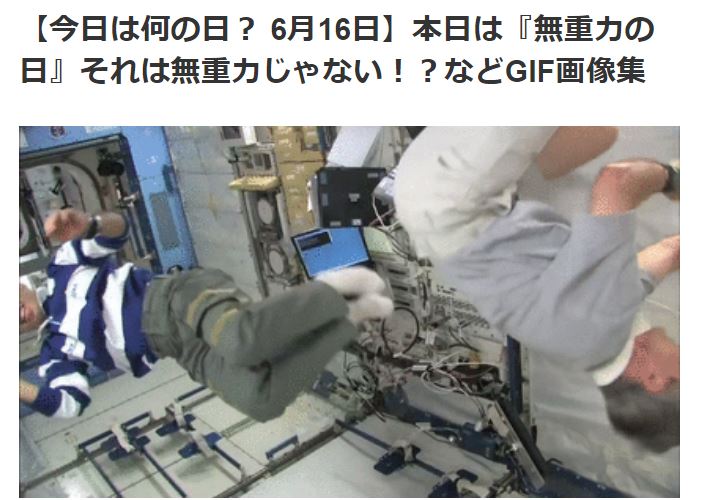 June 16th is considered "Zero Gravity Day" because "616" can be potentially be pronounced mujūroku, which is close to the actual word mujūryoku ("zero gravity") 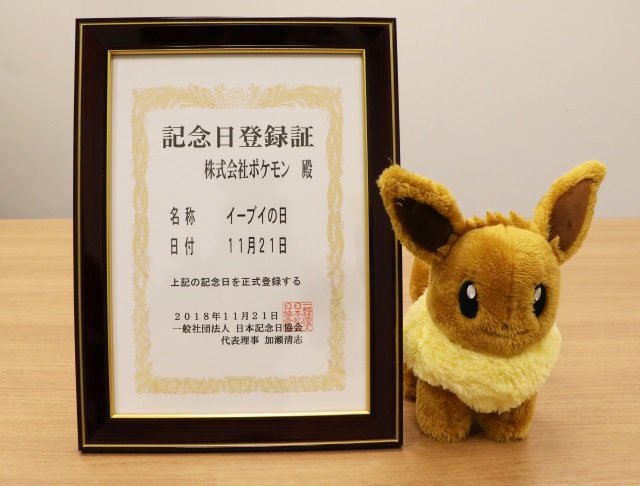 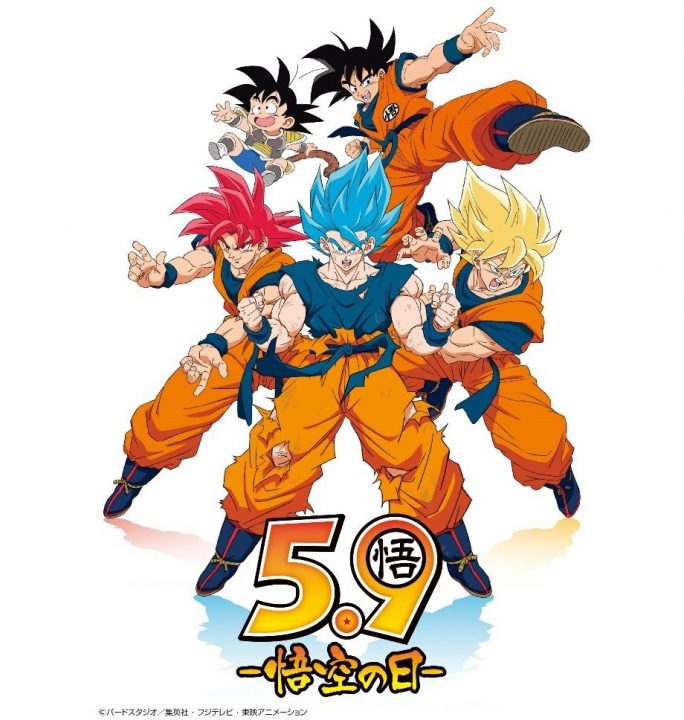 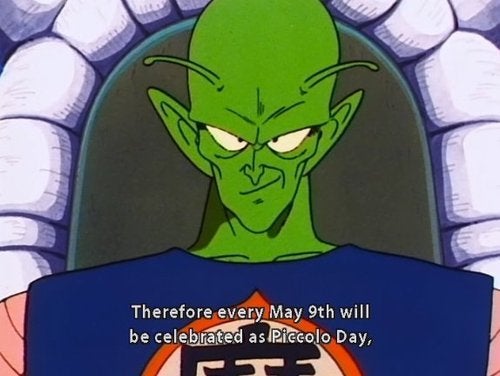 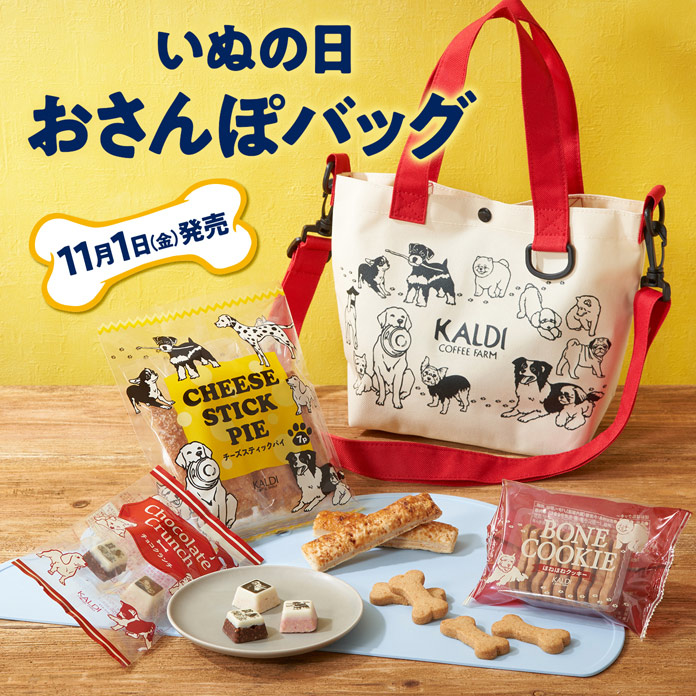 The number "1" can be pronounced wan, and wan is also the sound that dogs make in Japanese. This is why "11/1" (wan wan wan) is sometimes called "Dog Day" 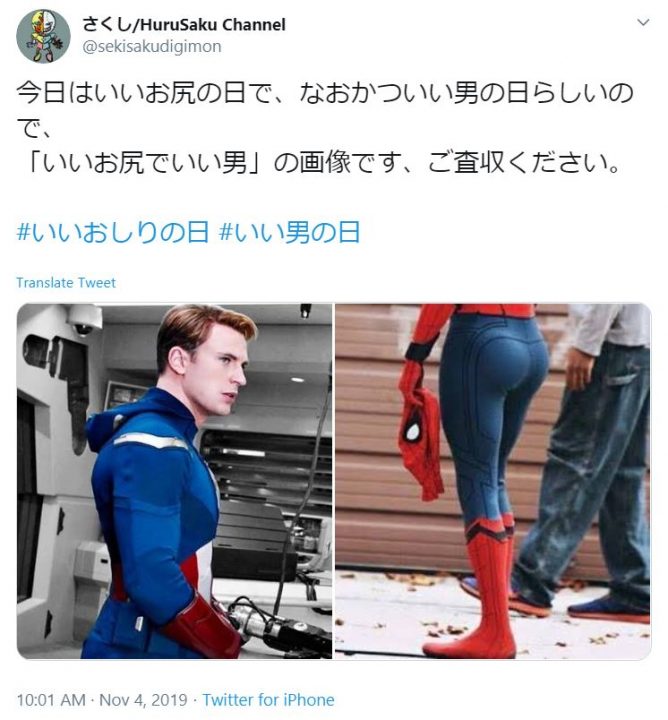 "11/04" can potentially be read as ii oshi(ri), which means "nice butt", which is why November 4th is sometimes called "Nice Butt Day"

Just for fun, some other goro awase-based days include:

These are just a few examples I’ve heard of. I’m sure there are many more, including a bunch of good ones that nobody has even thought up yet!

Sometimes people will use goro awase to create a stylish nickname, pen name, or Internet name: 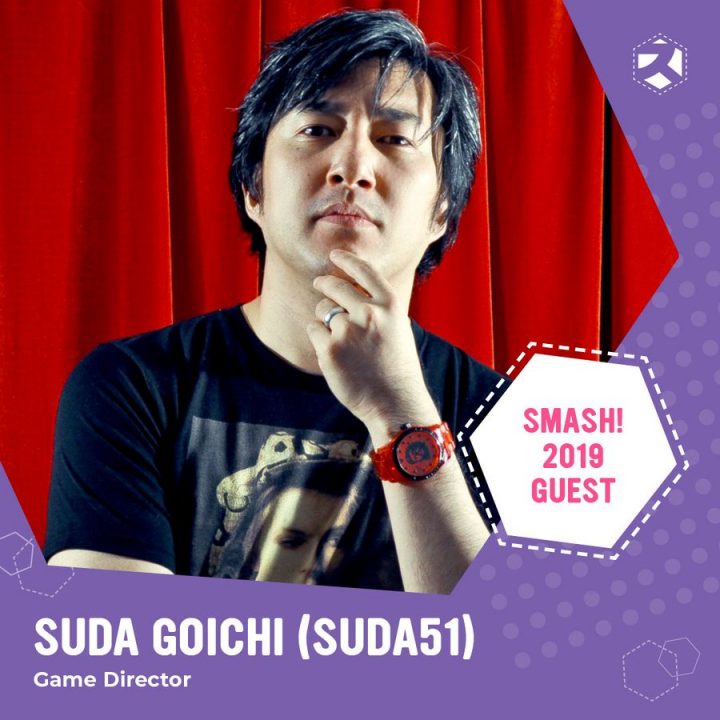 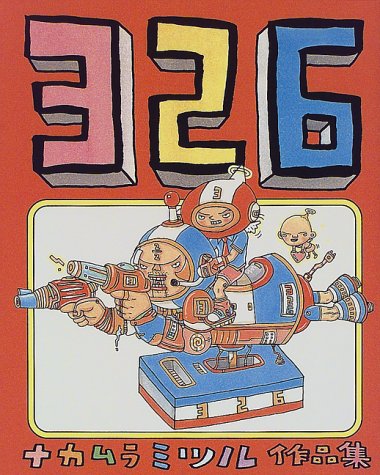 Mitsuru Nakamura, the artist behind Gitaroo Man among many other things, professionally goes by the goro awase name of "326", because it can be pronounced "mi tsū ru" 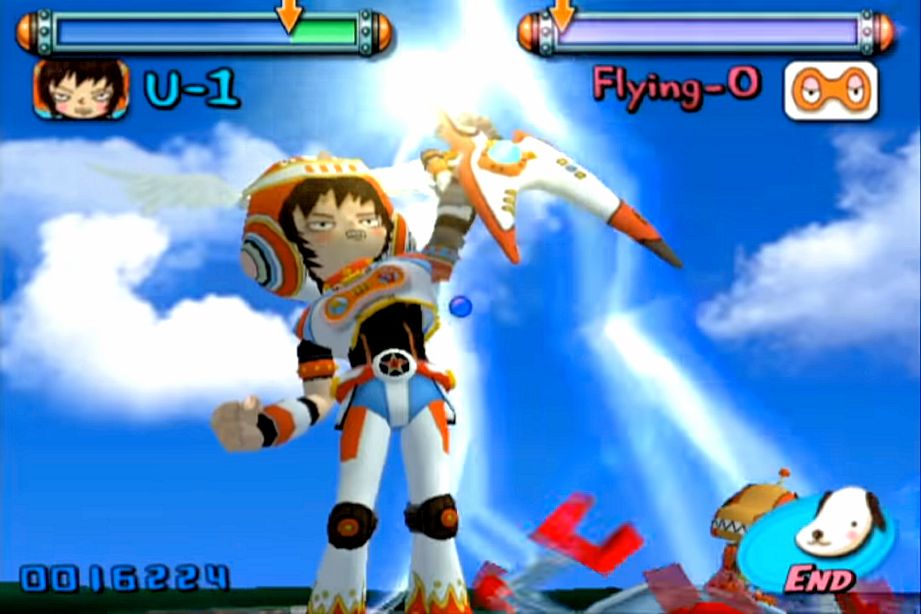 Speaking of which, the main character in Gitaroo Man has the Japanese goro awase name of "U-1", which is pronounced "Yūichi", a common Japanese boy's name

As we’ve seen, number-based goro awase wordplay is used a lot in Japanese. It appears in Japanese video games all the time too, in ways you might not have noticed before.

For most of Final Fantasy IV – and during a flashback in the sequel – Golbez is the main villain. In both games, his evil self has 2943 HP, which is goro awase for nikushimi (“hatred”).

After Golbez is freed from his evil brainwashing, his HP changes to (and remains at) 2971, which is goro awase for tsugunai (“atonement”): 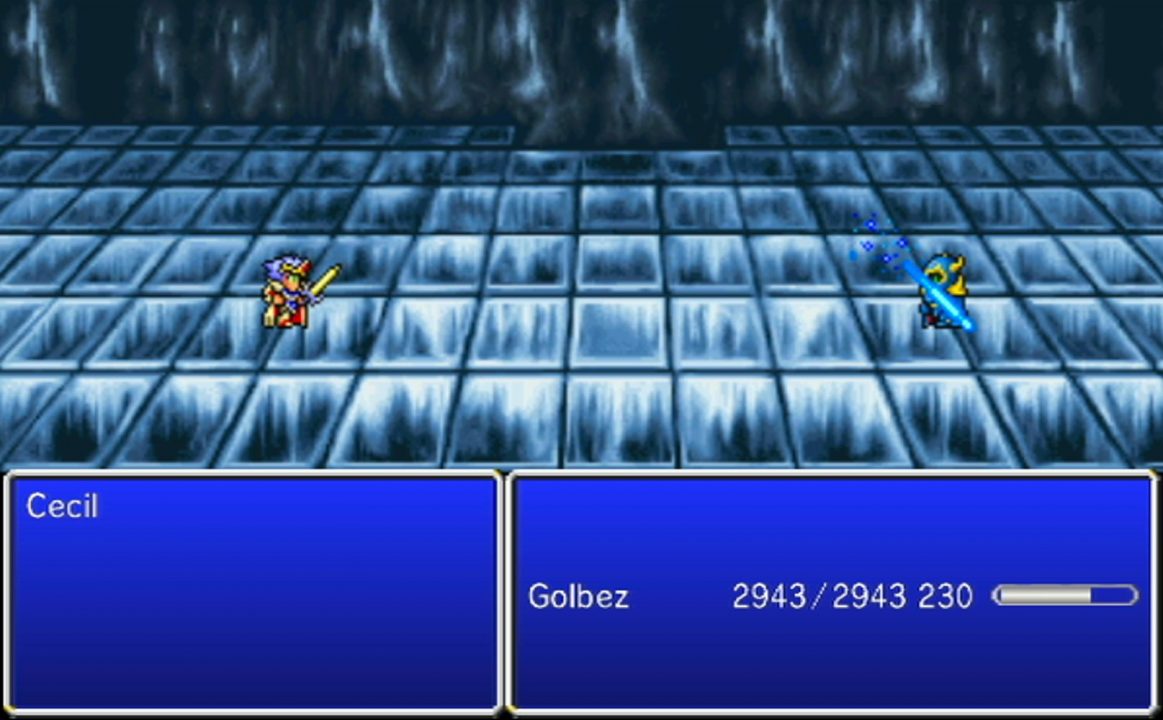 In his early, evil form, Golbez has 2943 HP. The number can be pronounced nikushimi, which means "hatred" 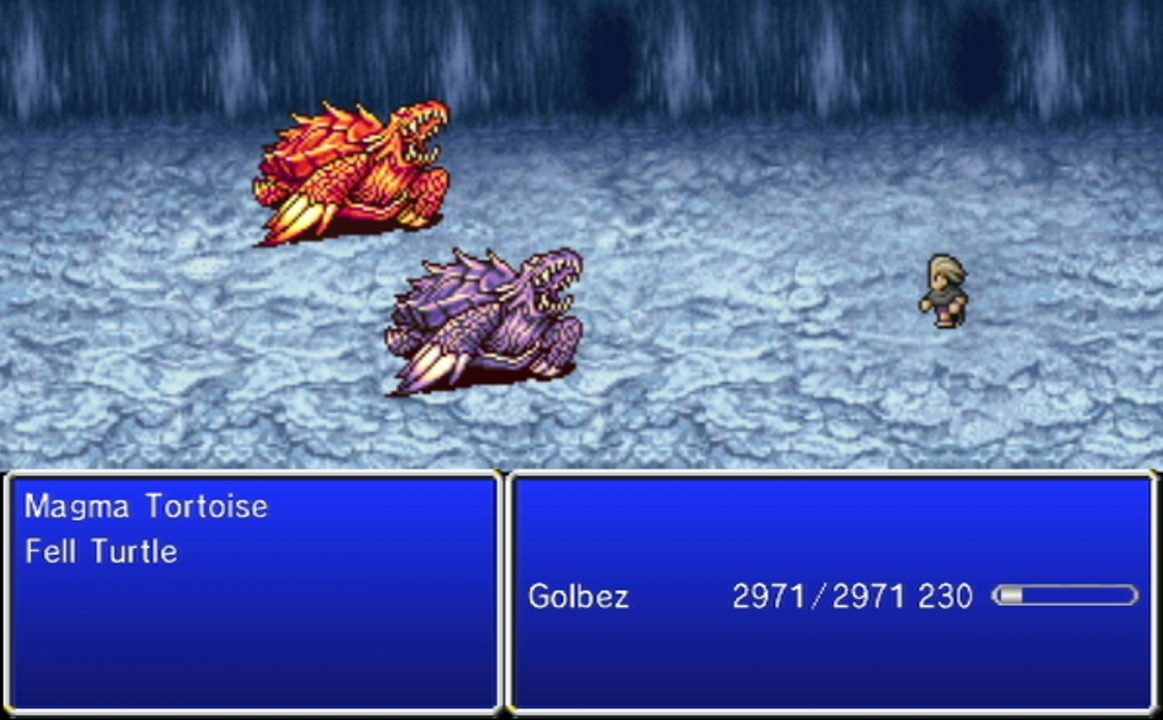 After turning good, Golbez's HP becomes 2971, which can be pronounced tsugunai, which means "atonement"

Using goro awase, the number “573” can be read as “ko na mi”. This is why you’ll see the number 573 all the time in official Konami games, documents, websites, and more: 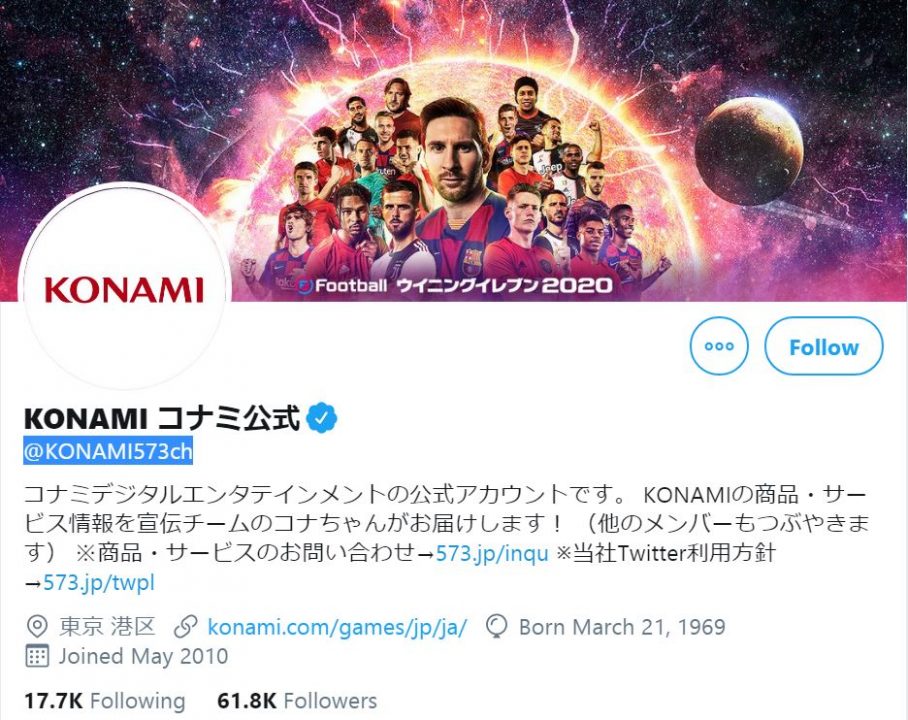 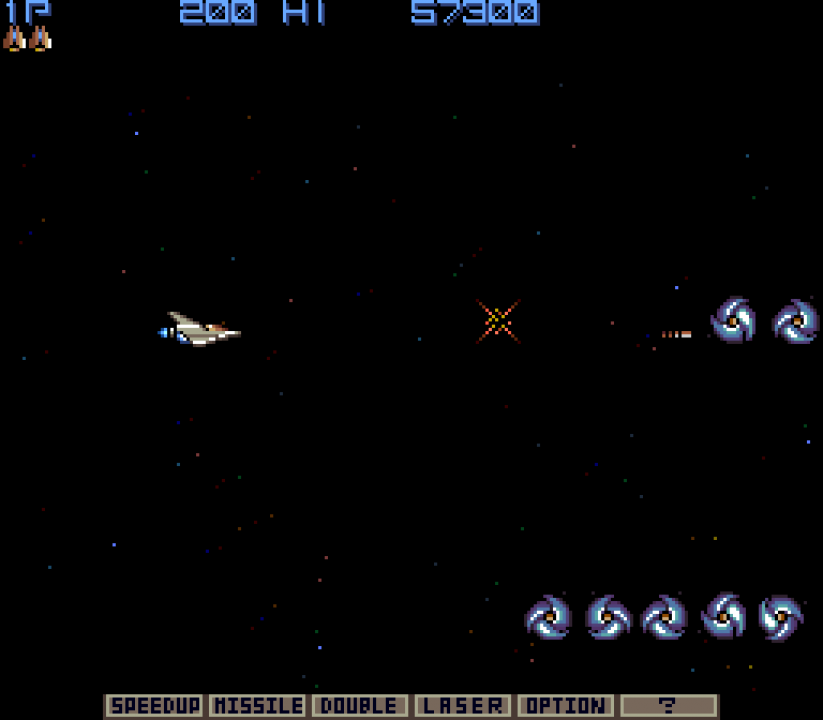 The default high score in Konami's Gradius (Arcade) is 57,300 points 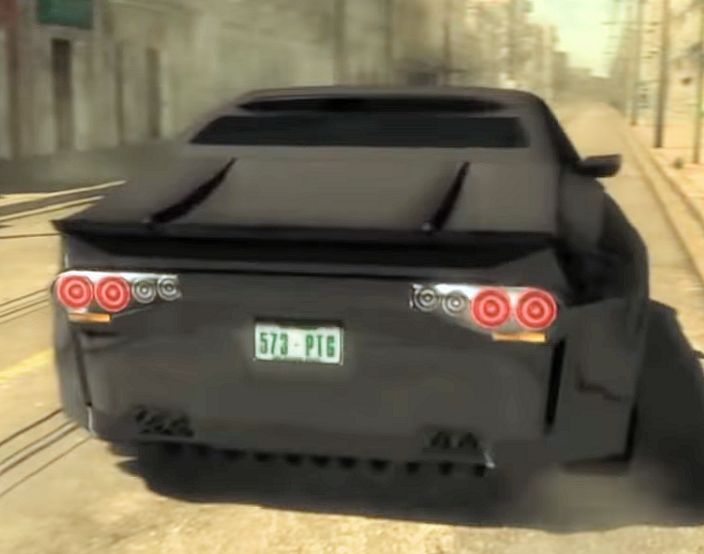 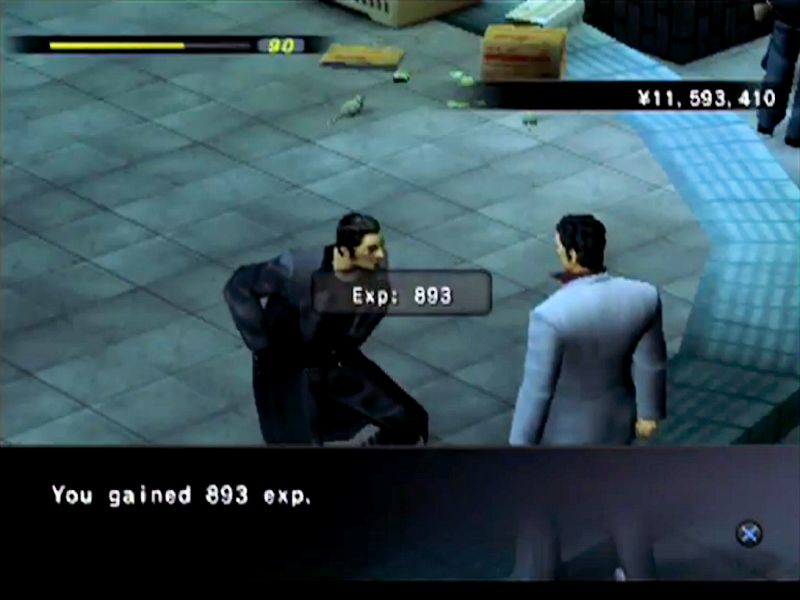 Defeating the secret, super-hard boss in the first Yakuza game will earn you 893 experience points - "893" is well-known goro awase for the word "yakuza" 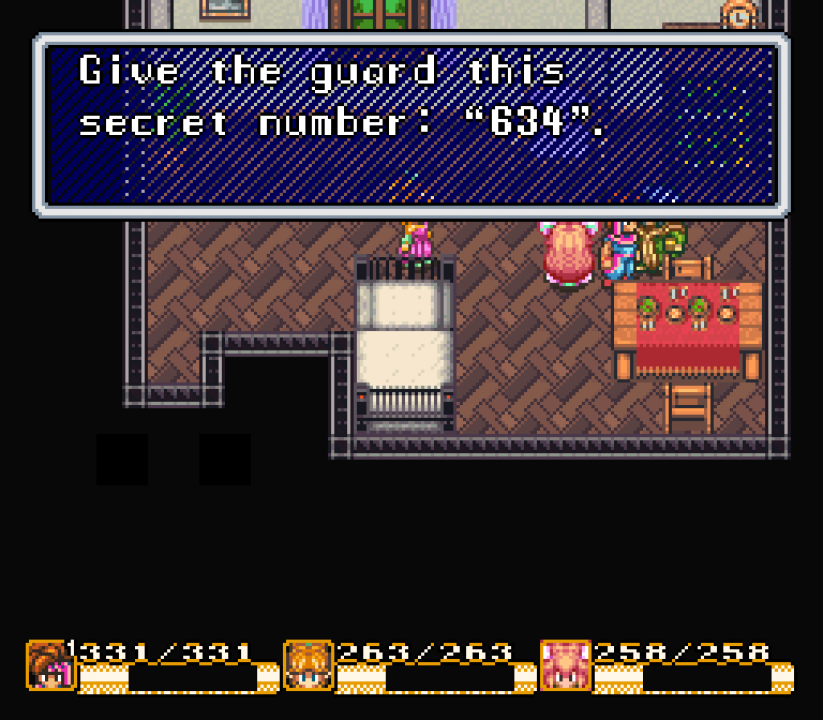 In Seiken Densetsu 2 ("Legend of the Holy Sword 2", aka Secret of Mana), the number "634" is used as a password. This number is sometimes used as goro awase for "Musashi", a famous samurai known for his unprecedented sword techniques
Of course, there are many more instances of goro awase in Japanese games. If you come across any others, let me know – I’d like to update this section from time to time with even more examples!

As we’ve seen in other articles, wordplay rarely works in a straightforward translation – it usually requires localization instead.

But, as a translator, what happens when you run into goro awase wordplay? How do you localize something that’s so deeply tied to the Japanese language?

Every case is different, but there are two main solutions that I’ve seen to this problem:

Here are some examples of Solution #2 in action: 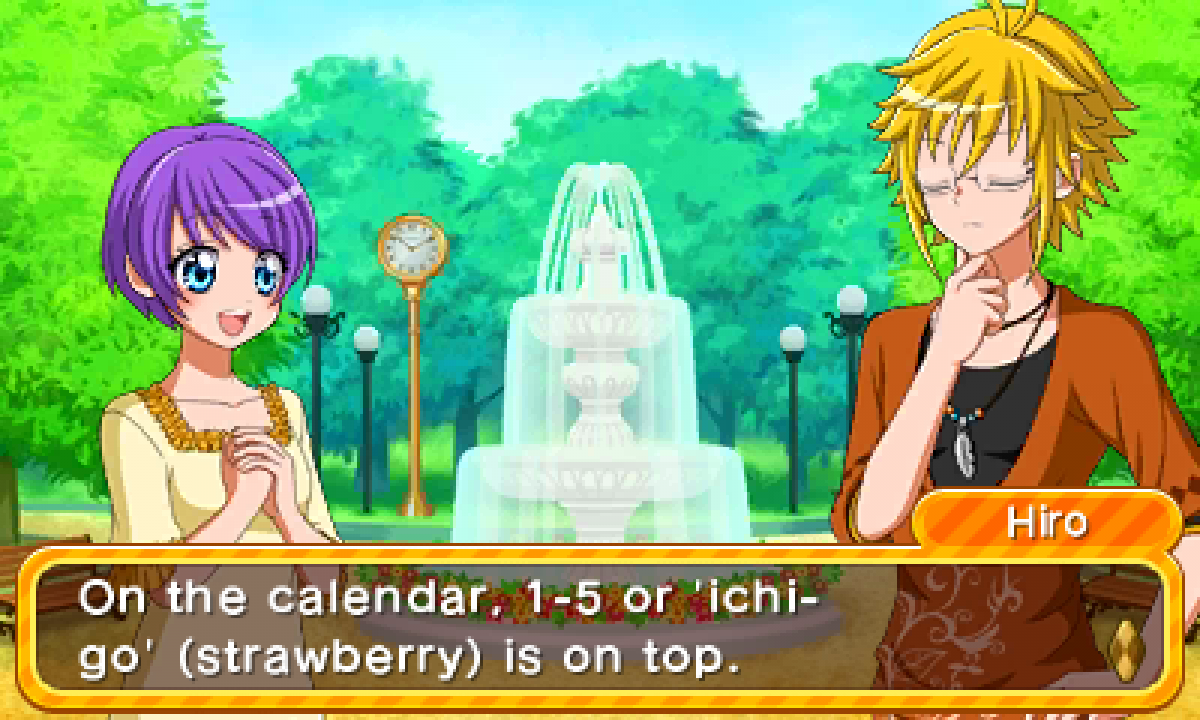 The Japanese game Waku Waku Sweets uses goro awase to connect the number "15" with strawberries. The English translation handles the wordplay by trying to explain the Japanese language 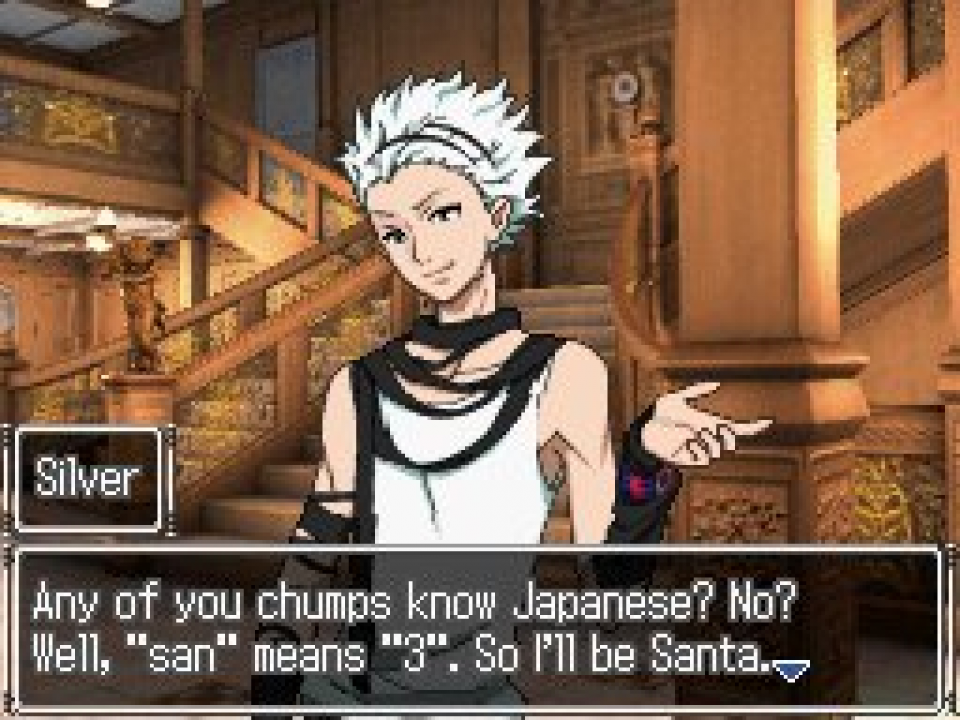 The Japanese version of 999 relies on goro awase in part of its core story. The English translation handles the wordplay by explaining the Japanese language

Neither method of dealing with goro awase is ideal – a lot gets lost either way. In fact, goro awase is a probably good example of something that’s almost untranslatable.

With all that said, I’m sure there have been some rare situations in which everything aligned just right, resulting in a nice localization of goro awase wordplay. If you know any such examples, definitely let me know!

Goro awase wordplay isn’t something they teach heavily in Japanese language classes – most of it is just stuff you pick up over time. It’s a fun topic to explore, though, and it can even be pretty useful. So if you’d like to learn more, here are some good resources:

Trying to translate foreign jokes and wordplay is always difficult, and trying to explain how they work can be even harder. Even so, I hope this explanation of goro awase makes some sense, even if you don’t know any Japanese at all. It’s certainly a lot to take in all at once.

If you liked this look at how wordplay works in Japanese stuff, check out these articles too!