The other day I posted an update to my in-depth Final Fantasy IV analysis, and part of it included a look at the secret frogs in Toroia Castle’s moat.

Basically, all the frogs in the Japanese version make frog sounds except for one, which says something like, “It’s nice being a frog….”

I’ve already covered how this line was handled in the various official translations and the fan translation, so if you’re interested in that, see the full details here.

So it looks like this was a sort of running gag!

H.S also kindly provided some screenshots of how this line was handled in the various English versions of the game, and Darien has also been helping me out with FFIV DS screenshots, so let’s look at all the things!

Anyway, I looked into this “It’s nice being a frog” line a little more and here’s what I was able to find out:

So there you go! The unknown history of what otherwise seemed like a secret, throwaway line in Final Fantasy IV! Ribbit! 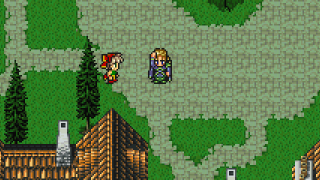