Game companies release remakes and ports all the time. Some put a lot of effort into their re-releases, while others go with the easy cash-grab approach that results in sloppy translation problems.

Since this is a topic that I keep referring to lately, I thought I’d start a list of examples of this phenomenon in action. I’ve only gathered a handful of examples from Square Enix ports for now, but if you know of any other examples, let me know in the comments.

Square Enix is one of the most well known offenders in this category, although they’re probably not the worst. Square Enix mobile and PC ports tend to feel sloppy all around for some reason, and they almost always have obvious text and translation issues right off the bat. 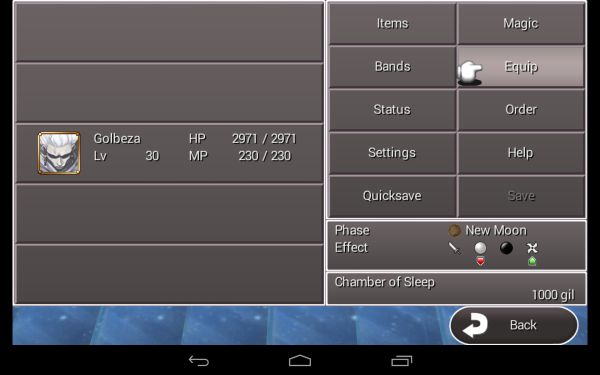 Golbez's name is actually "Golbeza" in Japanese (more info here), but it's been shortened to "Golbez" ever since the first Final Fantasy IV translation in 1991. Someone didn't tell the people working on the mobile port of Final Fantasy IV: The After Years though. The game had already been translated before, so how did this happen? 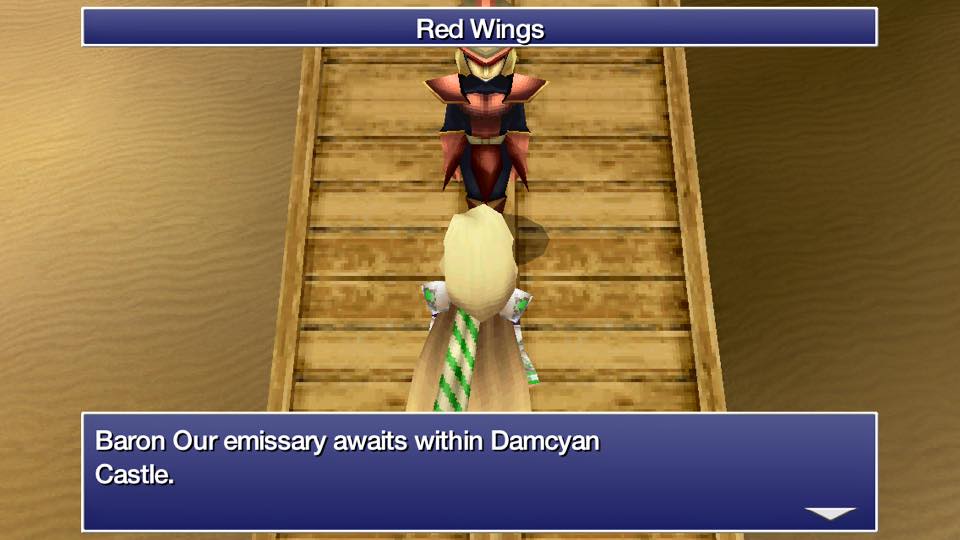 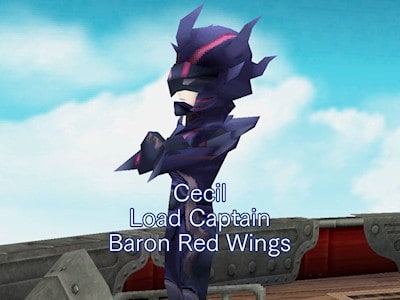 The mobile port of Final Fantasy IV featured "Load" when it should've been "Lord", but this wasn't a standard Japanese-to-English "or" mistake. What's more, this is the very first piece of text in the game - how did no one notice this mistake? And how did it happen? It was perfectly correct in the DS translation! 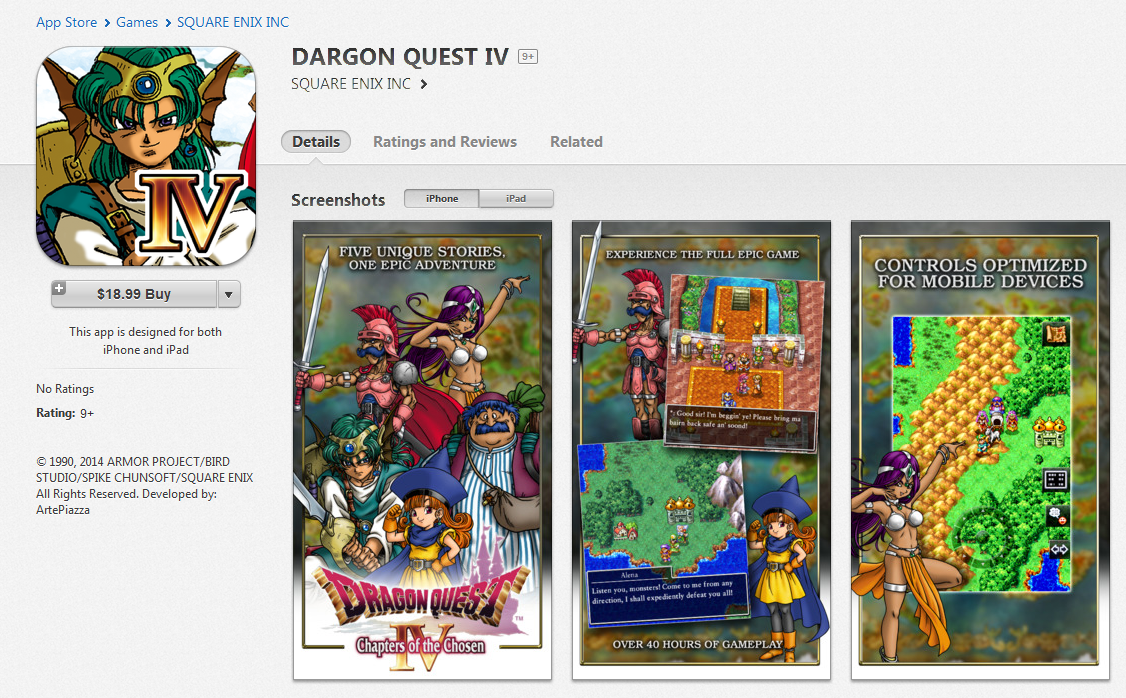 The Dragon Quest series has earned Square Enix billions of dollars... yet the mobile port guys couldn't even spell the name right. As a result, if you searched for "Dragon Quest IV" when it was released, you'd find nothing! 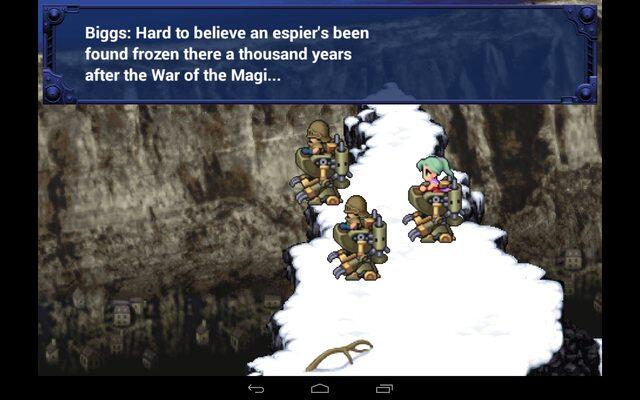 The very second line of text in the mobile port of Final Fantasy VI misspelled "Esper" as "espier". Espers are at the heart of the game's story, so it's baffling how this mistake happened, especially since the mobile port seems to use a pre-existing translation. 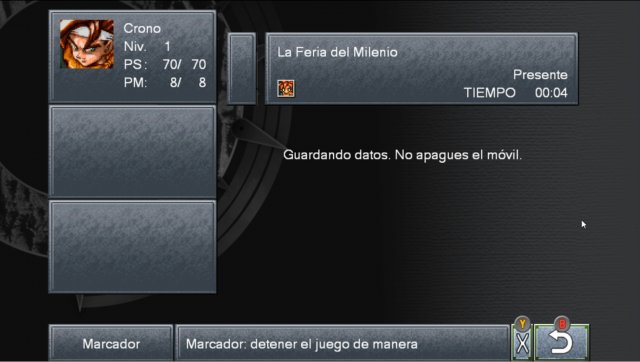 The PC version of Chrono Trigger is simply a port of the mobile version of the game, which itself was a port. In this pic from the Spanish release, the translators forgot to change the "Don't turn off your phone" message when saving. I was late to the party, so I don't know if this appeared in the English version too, but it's at least been patched now. 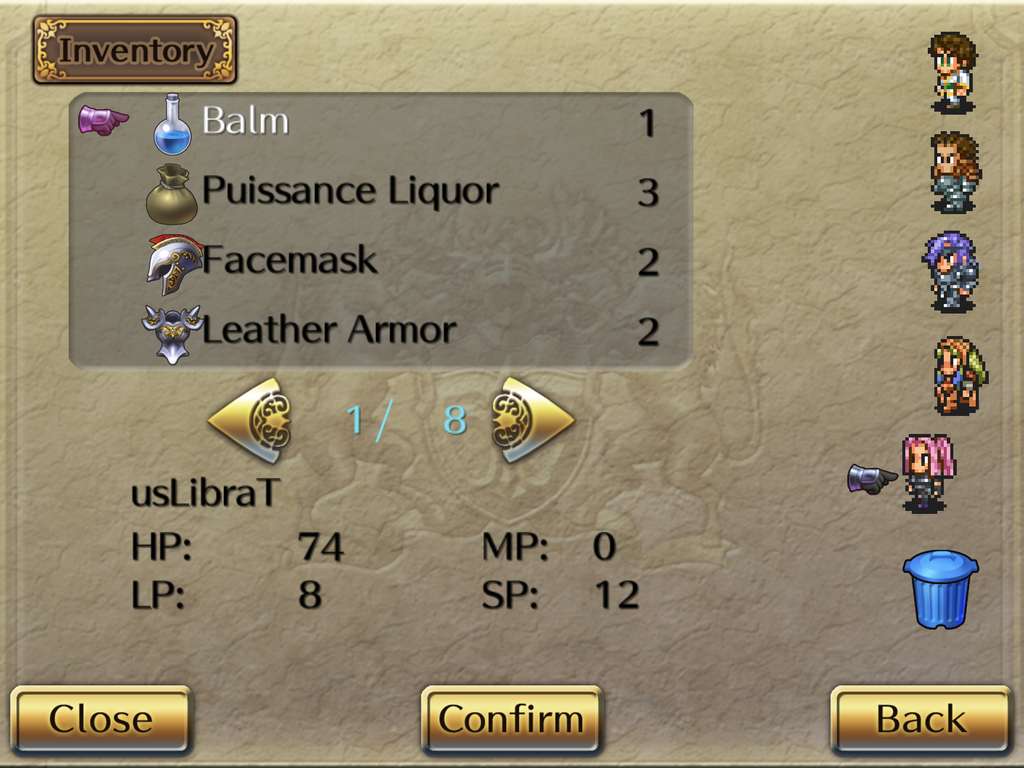 The mobile version of Romancing Saga 2 featured many weird text formatting problems. Most notably, menu names would (and still) get parsed incorrectly and turn into gibberish. In this case the name "Marie" is displayed as "usLibraT". Menus play such a major part of this game that it's hard to believe this problem got through quality control...

A dumb mistake or two is understandable once in a while – we’re all human. But problems like these have become common enough in Square Enix ports that it’s almost expected every time they release a new one.

The problems usually get patched eventually, but how do they happen to begin with? I have a theory: I assume that many of these ports are cheaply outsourced to other companies to handle, and that for some reason a lot of the text has to be manually re-typed by hand.

For example, a line early in Final Fantasy IV has a typo introduced into the script where one didn’t exist originally: 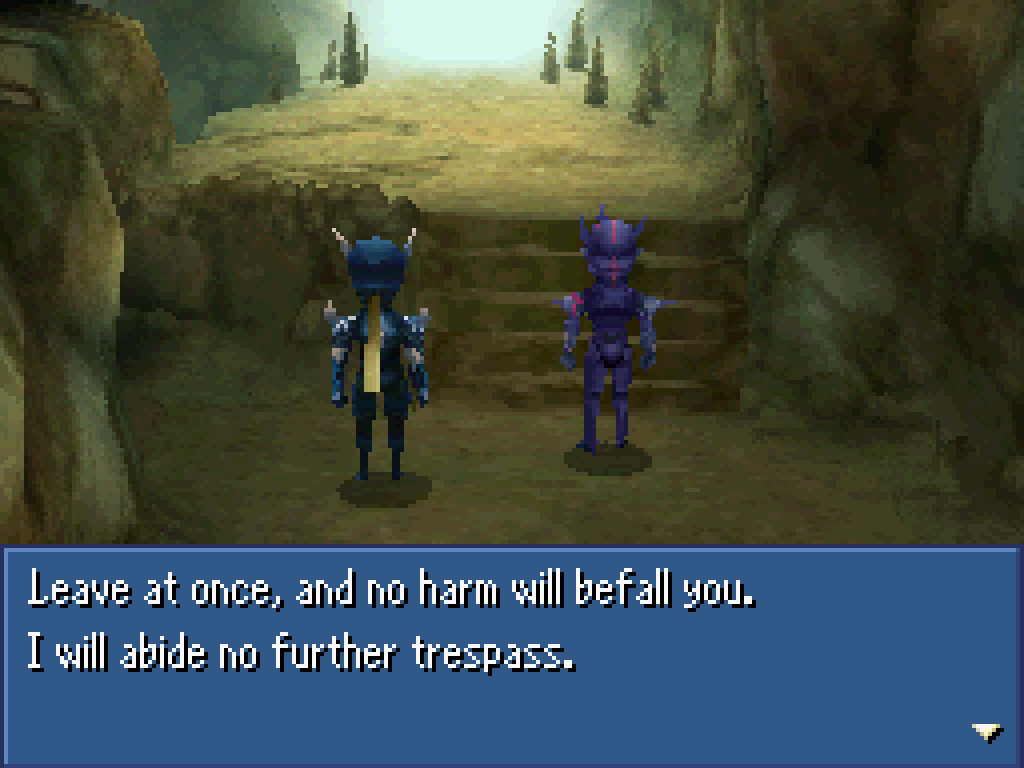 The DS version from 2007 featured a complete retranslation. Here, we see the word "Leave" used. 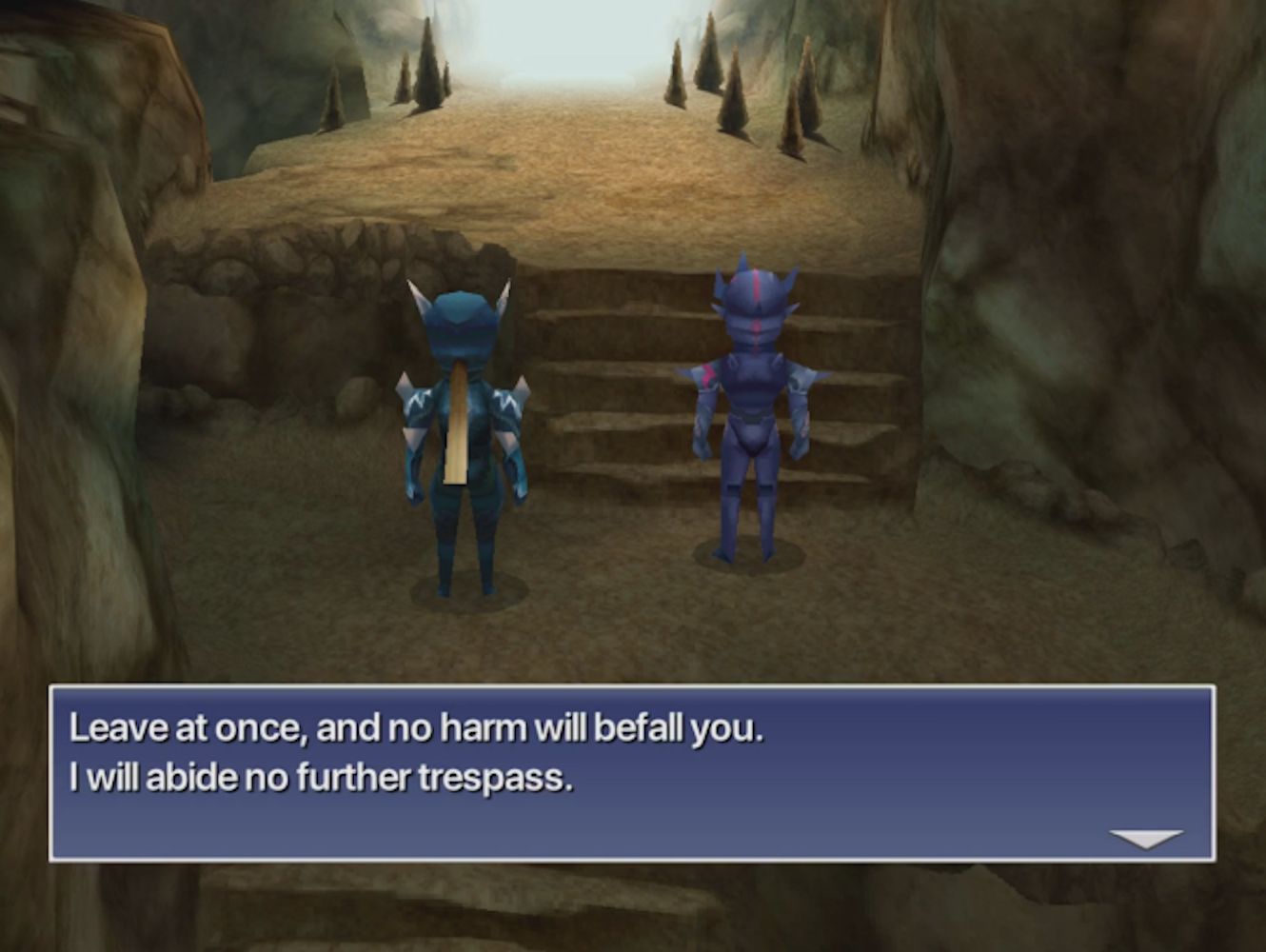 The mobile version uses the DS translation. In this version featuring all the latest update patches, the script still says "Leave" here. 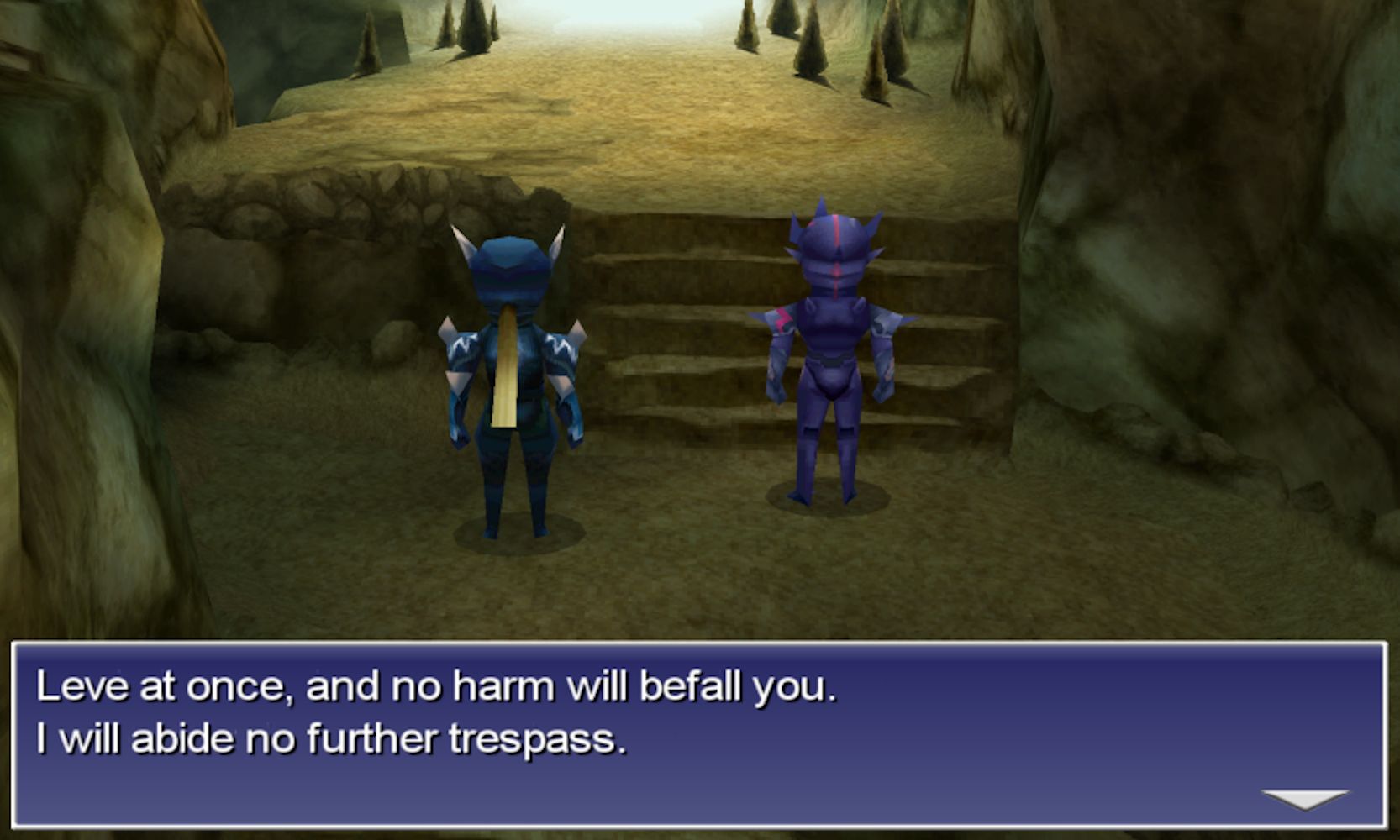 The PC version is a port of the mobile version, including the weird user interface and all. Here, we see that it's been misspelled as "Leve" for some reason.

This might also explain how the “Load Captain”, “espier”, and “Baron Our emissary” mistakes happened in the examples above.

I plan to update this list from time to time, so if you spot any other examples from any company that would fit here, let me know. They don’t even have to be Square Enix games – I’m genuinely curious about how this happens across the industry!