Clyde Mandelin ‧ 46 Comments
Sometimes, when listening to Japanese dialogue in a film or game, you might hear the Japanese word hai, yet see it translated into English as “no”. Even if you only know like five words in Japanese, you’ve probably learned somewhere that hai means “yes” and that iie means “no”.

So what gives? Did someone mess up the translation? Did you just spot a big mistake?

I could probably just end this article right there, but I thought this would be a good chance to look deeper into this language quirk, examine why it’s a translation problem, and then see how it’s been handled – and mishandled – in actual translations.

In English, “yes” and “no” seem pretty clear-cut in meaning, but they become a little fuzzier when a question involves a negative.

Let’s say someone asks you, “You didn’t go to school?” and that you answer with a simple “yes”.

Of course, in everyday English, we’d probably instinctively add an “I did” or “I didn’t” for further clarification. But the important point here is that simple answers to negative questions can cause ambiguity in English.

Following the same example as above, let’s say someone asks you in Japanese, “You didn’t go to school?”.

Negative sentences can be troublesome for Japanese-to-English translators. But, depending on the exact problem, there are two main approaches to this translation issue:

Approach #2 is why you’ll sometimes hear hai translated as “no”.

Anyway, enough with the theoretical stuff – let’s look at some actual examples of this negative question problem and see how they were handled in translation.

Early on in Final Fantasy IV, a spooky voice in a cave keeps telling you to turn back or face the consequences. Then, when you reach the cave’s exit, the voice asks one final question. You’re then given a choice. Choosing the top option moves the story forward and starts a boss battle.

As we can see above, the original Japanese line is a negative question, meaning we’re in tricky territory.

So, let’s say we’re a badass and that we have no intention of turning back. If we’re not going to turn back, we could say either of these things to get the same point across, even though one is “yes” and one is “no”:

These two are effectively the same, so which one is the player supposed to choose?

To avoid this potential confusion, the original question was restated as a question without a negative. Now it’s clear that “yes” means “yes, I still wish to go on” and that “no” means “no, I don’t wish to go on”.

In this scene in the Fairy Tail anime, Gray asks Mest a negative question. In Japanese, Mest responds with aa, a less formal version of hai. 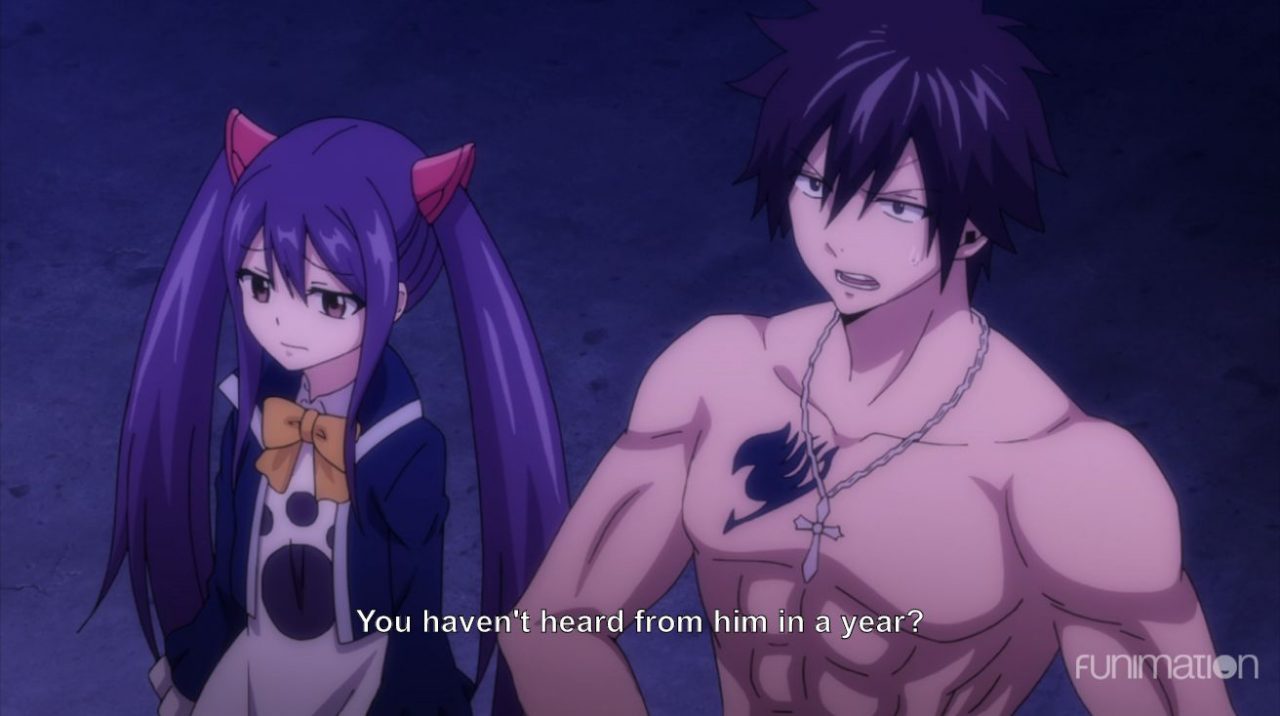 "You haven't heard from him in a year?" 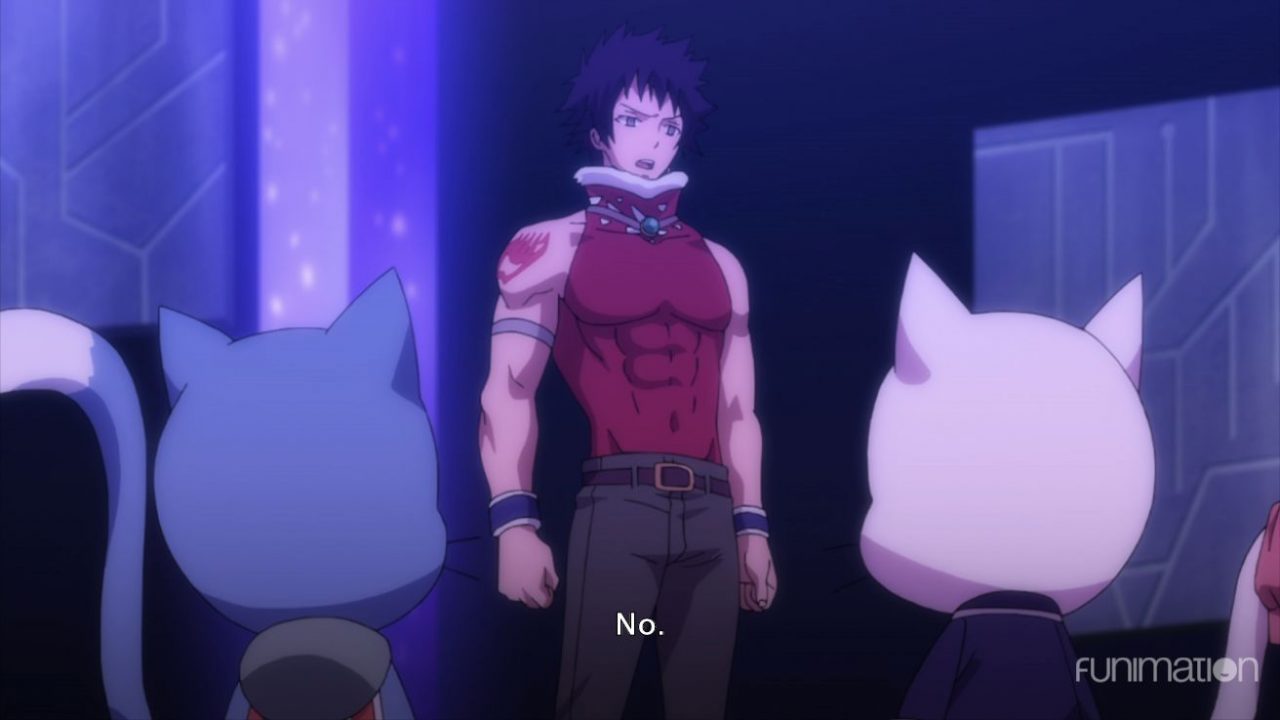 In the show, Mest hasn’t heard from the guy in a year. This is why the subtitles translate aa as “no” here, when you’d normally expect aa to mean “yes”.

There are occasional exceptions to this yes/no problem, especially when the negative question involved is an invitation or a request. In these cases, it’s often okay to keep everything as-is.

For example, at one point in The Legend of Zelda: Majora’s Mask, this girl asks you if you’ll help protect her farm:

As we can see, the original Japanese line is an invitation that uses a negative question. In a straight translation, this already works pretty logically in English, so there was no need for the translator to take any extra steps.

Sometimes this negative question problem goes unaddressed in translation. Here are two examples that I can recall offhand, but I’m sure I’ve seen more.

In Breath of Fire II, this character offers to explain how a complicated gameplay mechanic works:

Answering with the first option skips the explanation and closes the text window. This is because answering the negative question with hai means “that’s correct (I don’t need an explanation of Joining)”.

However, the English translator mishandled this negative question problem. As a result, choosing the first option still closes the window without any explanation given. So if you do want to see the explanation for this gameplay mechanic, you have to choose “no”.

This is actually just one example of hundreds of poor translation choices found in Breath of Fire II. I’ve written more about the game’s translation here if you’re intrigued!

This problem is a little different, but still touches on some of the issues we’ve seen in this article.

At one point in Dark Souls, a character offers to teach you magic. But then he follows it up with one last question: 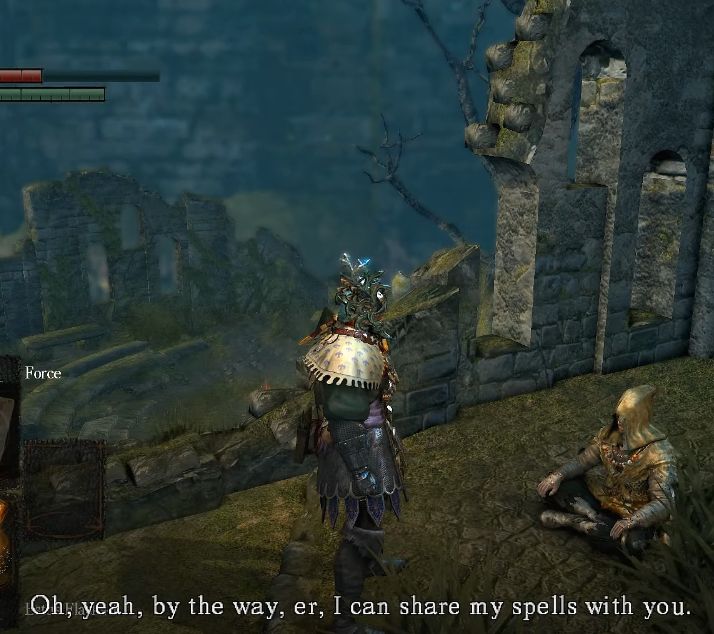 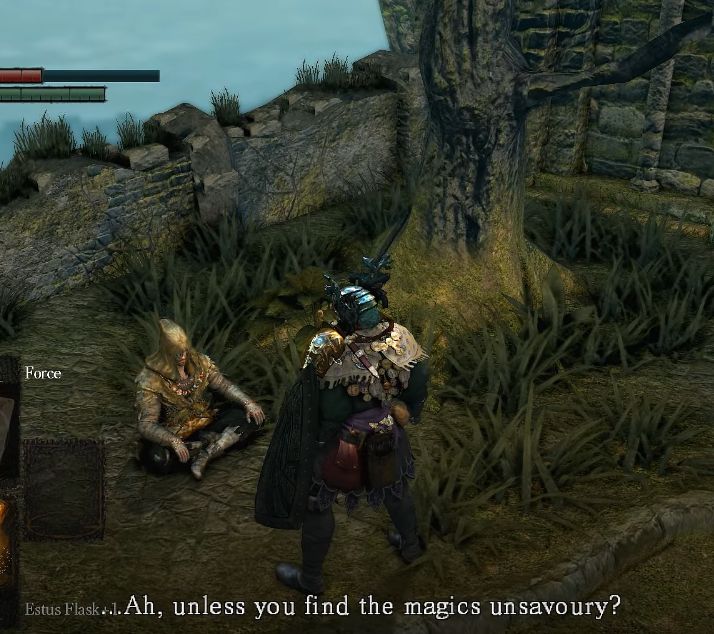 "Ah, unless you find the magics unsavoury?"

After this, you’re then prompted to say “yes” or “no”.

In Japanese, this character’s line is: “Or, perhaps, are you one who is disgusted by magic?”. This more straightforward wording, together with what we’ve covered in this article, makes the question a bit less confusing in Japanese.

This example from Phantasy Star II demonstrates a slightly different way that yes/no questions can get messed up in translation.

If you talk to your party members in one area of the game, you get the option to rename them. Most party members ask something like “oh, do you want to change my name?”, so answering with a “yes” or “no” makes perfect sense.

But one character, Kain, asks a negative question in English:

In Japanese, answering with “yes” here means “correct, I have a problem with your name”. So choosing “yes” allows you to rename him.

In English, not only was Kain’s line changed into a negative question, it also asks the opposite of what the original line said. This means that if you want to rename him, you have to say “yes, I do like your name”. That would only make sense in Moonside or on Opposite Day.

Other Uses of Hai

Basically, hai has many different meanings and uses in Japanese beyond “yes”.

This has all been a long-winded way of saying that hai and iie aren’t as simple as “yes” and “no” in Japanese. These nuances aren’t something they teach you right off the bat in Japanese language classes or textbooks, so it’s common to hear this sort of thing from beginning students:

I’d say it’s probably just the opposite, though – if you ever see hai translated as “no”, it’s probably a good sign that the translator has some experience and knows their stuff.

Anyway, hopefully this clears up some misunderstandings about the topic and saves future students from this confusion. Also, I’d love to collect more examples of this yes/no problem for future stuff, so if you’re a translator and can recall any examples that would fit on here, let me know. Or, if you’ve seen other yes/no mistakes in game translations like with Breath of Fire II, let me know that too!

If you liked this article and are just starting to study the Japanese language - or even if you barely have a passing interest in Japanese - you'll probably like these other articles I've written about the language too. Check 'em out!

This is what happens when you let a computer translate a game! 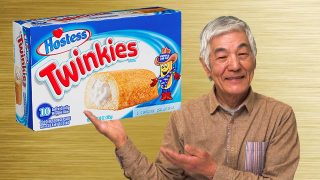 Why does anything need to be changed in translation? Why can't everything just be a straight translation? 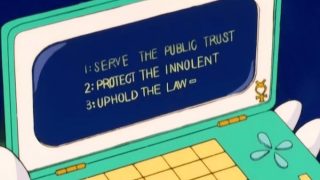 When you need a block of English text no one will read, just copy it from something crazy.