Hello! It’s time for another localization roundup. This is where we share small things that don’t need dedicated articles, but still deserve attention.

Janet Hsu wrote a post on the Capcom Blog about how the Ace Attorney localization team handled Japanese wordplay and puns in a way that made it possible for English-speakers to still solve the puzzles in the game.

Whether you play the game in English or in Japanese, I’m sure the question of “I wonder what this pun is like in the other language?” comes up from time to time. After all, as a humor-based series, there are many elements that just wouldn’t make sense if it were literally translated, and that’s where localization comes in. 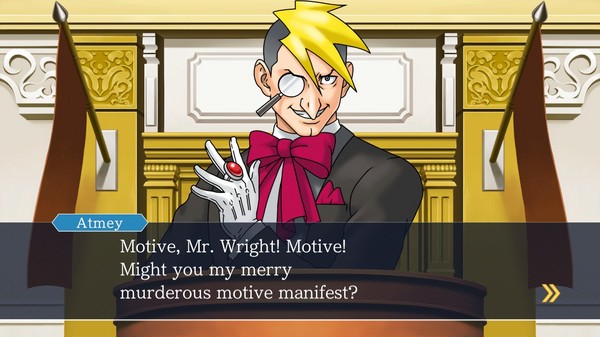 For example, how did they take the Japanese line above (literally “Motive, motive. …moving machine…”) and write it make sense in English while also capturing the personality of the character?

And how could we forget Pearl’s gravy accident? Mato wrote an article about the wordplay many years ago, and Janet Hsu goes deeper and explains the reason it had to be “gravy” and not something like “steak sauce” or “onion soup”.

Read about those choices and more in Grave Wordplay Localizations and Their Gravy Consequences.

2. Promotion for Judgment Highlights Its Localization

In the past month or so, promotional trailers have been released for the new game by Ryu Ga Gotoku Studio set in the Yakuza universe: Judgment. The Yakuza series has been getting a lot of praise for its localization quality, and Judgment is getting the same treatment plus more. It’ll have both Japanese and English audio, two different English subtitle options, and well as full localizations in French, Italian, German, and Spanish. Here’s the localization trailer:

Why two different English subtitle options? One was written to go along with the Japanese voice option and the other goes with the English voice option. Sega’s Localization Producer, Scott Strichart explains:

Essentially, we took a base translation and then pushed it out into two different directions for Japanese audio and English audio. The Japanese audio got our traditional “Yakuza” pass, listening intently to each line and crafting the dialog to suit it. The English script was written for actors to perform it, with more of a focus on making sure it sounded like things people would actually say in English. Sometimes, the two versions are totally the same! Others, it’s totally different.

This type of thing is common in other entertainment media like movies and anime, but it’s rare in video games. You can read more in this post Scott wrote for the PlayStation Blog.

Here’s a small collection of foreign food signs and packaging that try their very best at English. 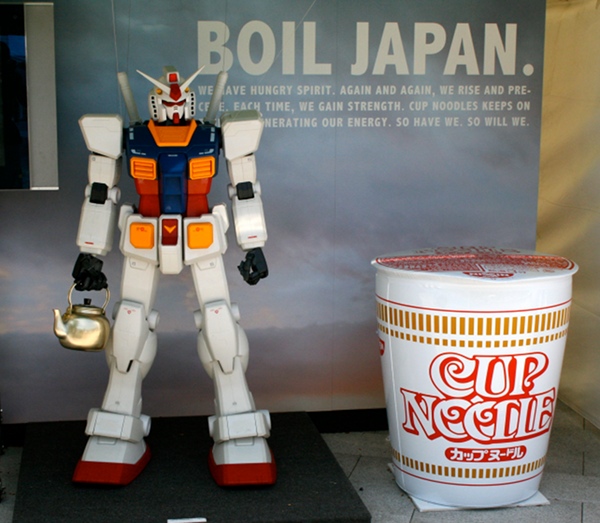 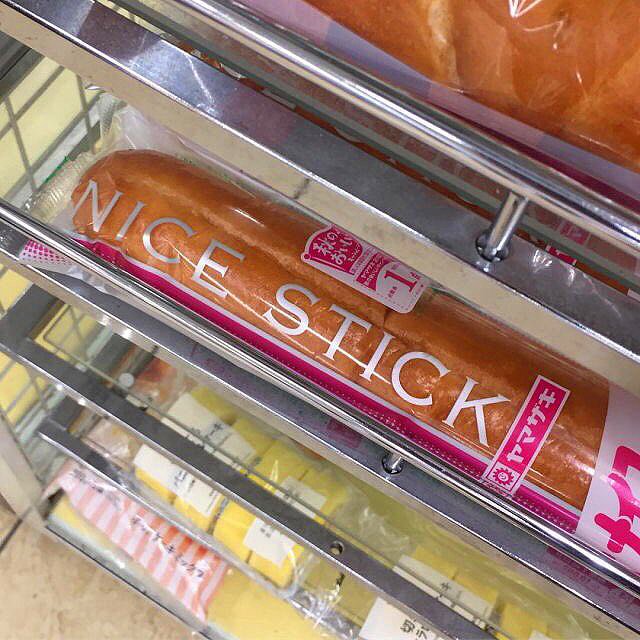 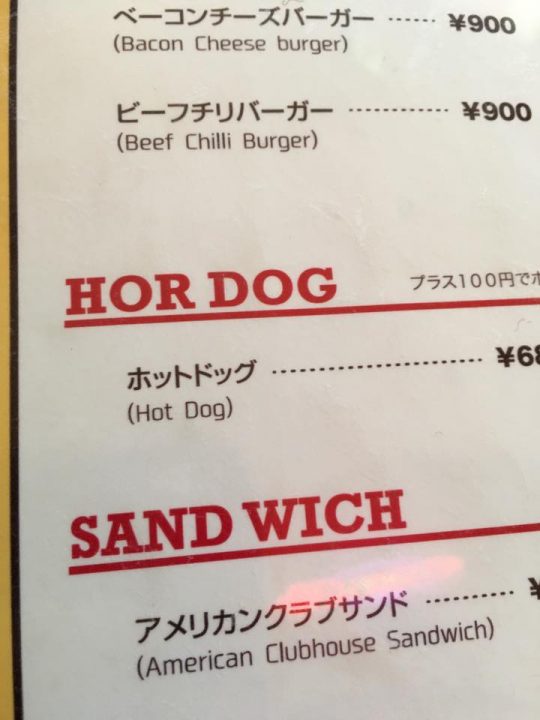 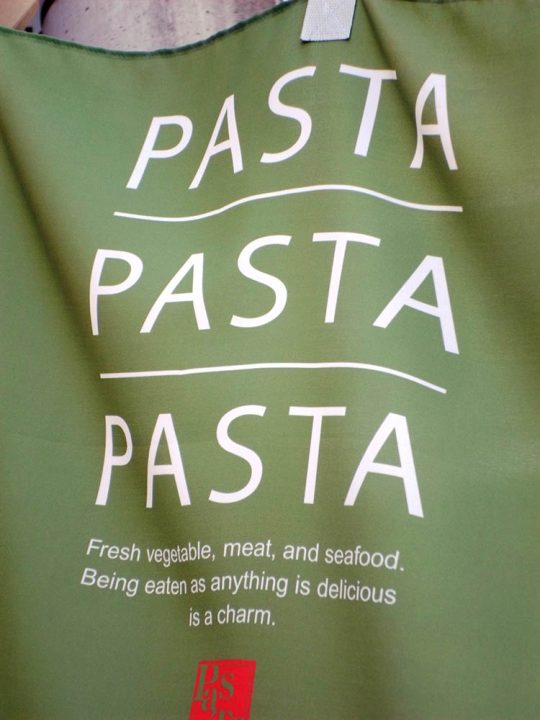 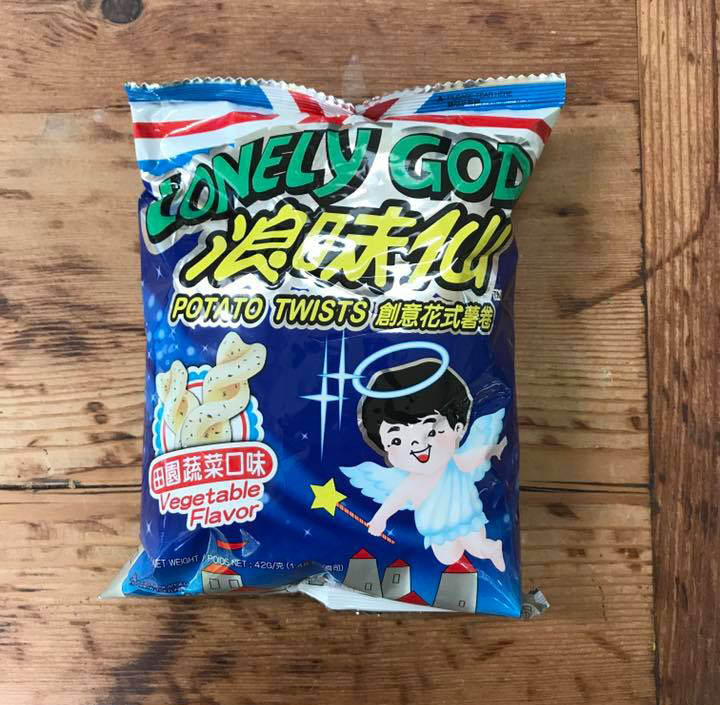 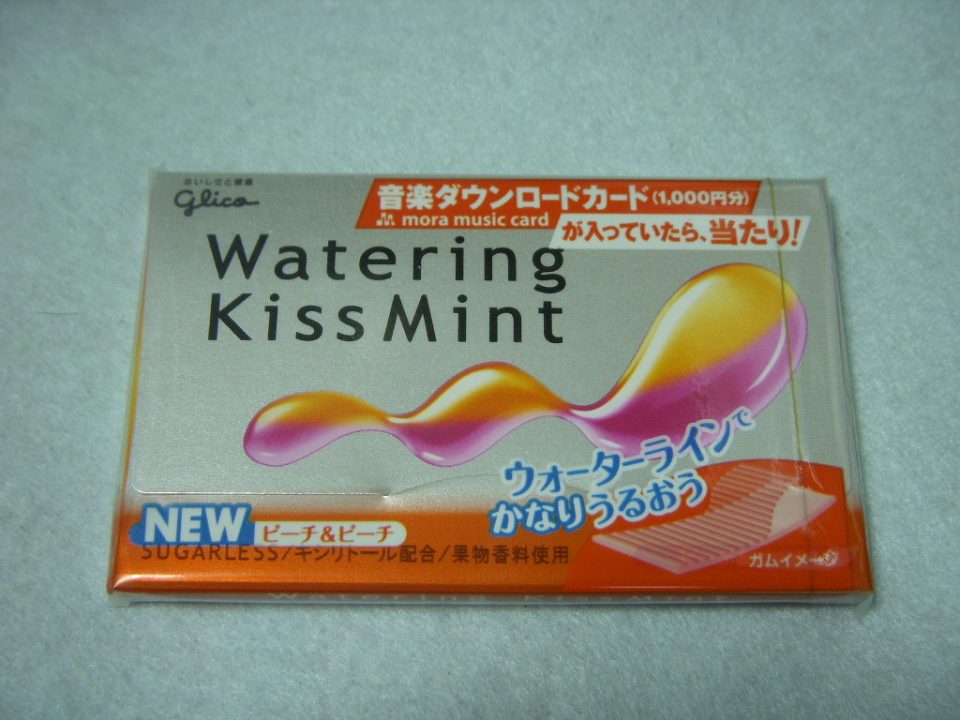 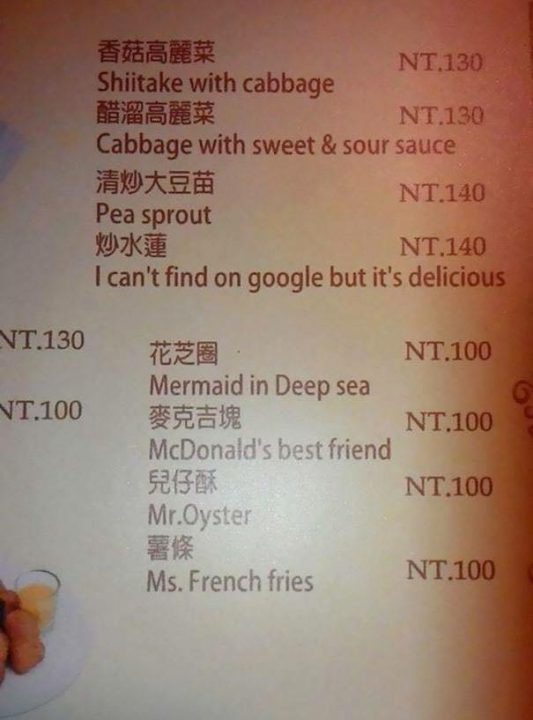 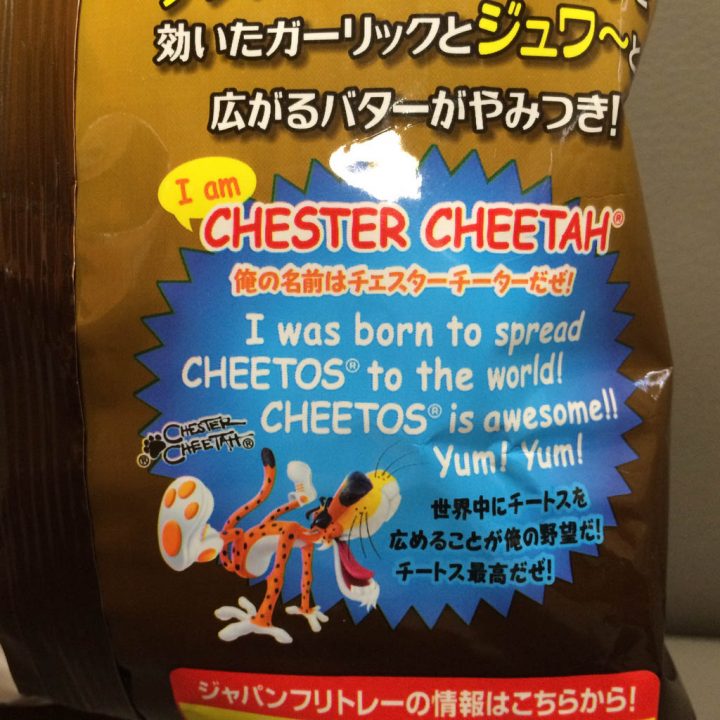 One of our Game Cataloguers, Danny McGee, has been diligently gathering screenshots from YS VIII: Lacrimosa of Dana for us, from both before and after the updated translation. He shared a pair of screenshots that highlights a common pitfall when translating from Japanese to English with no context: 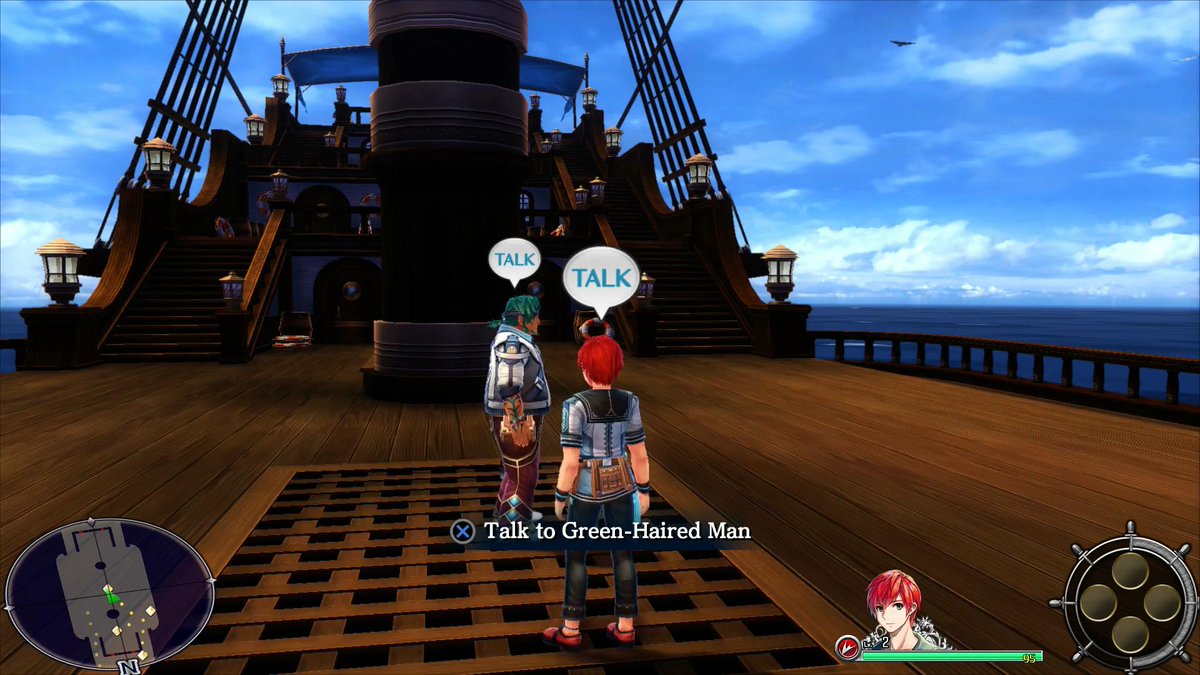 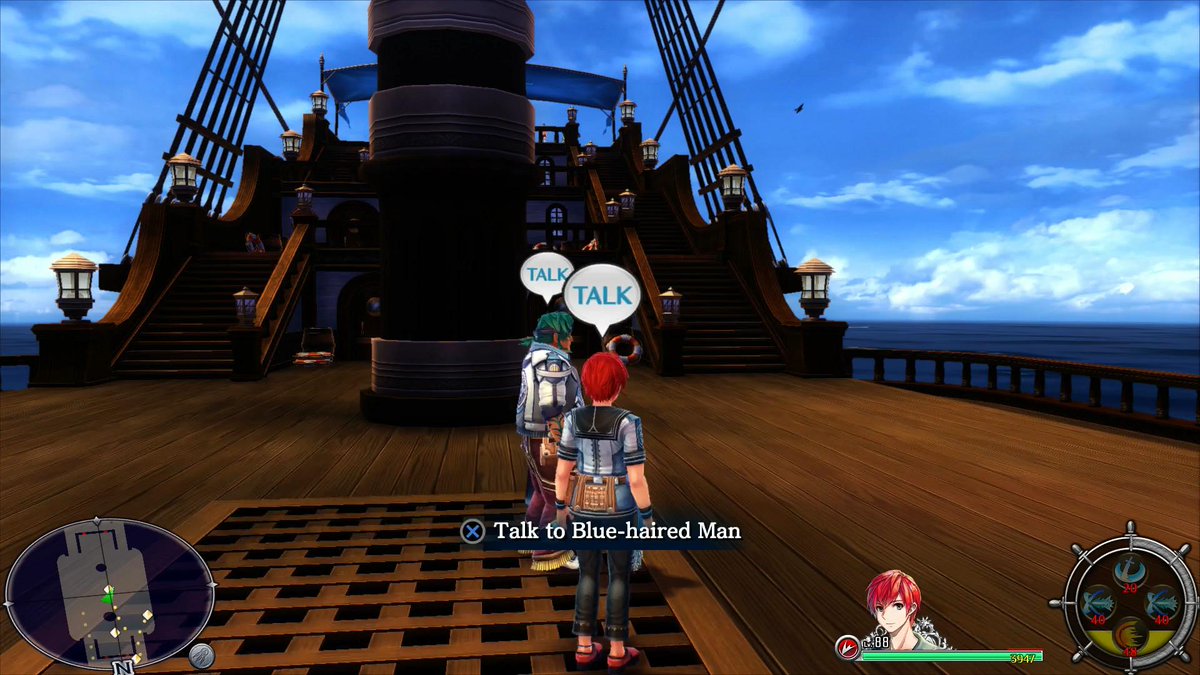 Why the change? The Japanese word is (ao), which can mean either blue or green. The localizers probably didn’t have context for this line, so they had to guess, which is why there are two different colors. There’s a lot of history and culture behind the reason for this, and Mato is planning to write a bigger article about it in the future.

If you’ve seen any other examples of this, please post it in the comments!

5. How the Gone Home Devs Crowdsourced Its Localization

I have fond memories of making s’mores and playing Gone Home with Mato back when it was first released. I also remember it being one of the first games (to my knowledge) where a developer actively encouraged fan translations.

Recently, The Fullbright Company uploaded their 2014 GDC talk on how they crowdsourced Gone Home’s localization:

If you’re interested, Mato once wrote about fan translations that became official.

6. Behind the Chinese Translation of Super Mario 64

Super Mario 64 was released in 1996 in Japan and North America, but China had to wait until 2003 to get their own localized version. YouTuber loohhoo looks at the Chinese names of the stages, missions, and enemies and compares them to the English names. It’s pretty interesting!

Some of my favorite Chinese names for the stages and missions are Cool Icy Icy Snow Mountain, Extremely Hot Desert, and Wall Kicks Are Important.

Hey, are you hungry? Then here are a bunch of other food-related localization articles for you!