What a Certain Line About Gender Roles Says in Japanese

Hey love the site and was wondering if you could find out what this line says in the Japanese version of Trails in the Sky FC.

It took some digging but I did manage to locate this line in YouTube videos without any details to go on. Here are the Japanese and English scenes side-by-side:

And here’s the text for comparison:

So it looks like the Japanese line is indeed the same as the English line.

Of course, it’s always important to look at the context of individual lines too. You might notice that the line is in quotes – this is because the scene in question is about students wanting to hold a school play, but with all the characters’ genders swapped. Here’s more of the scene in English for reference:

Jill: It’s a famous story, set in a time when there are nobles and commoners. A princess is courted by both a knight of royal blood and a commoner. In spite of their different social classes, the three have been friends since childhood. As you can imagine, this leads to complications between the nobles and the commoners. And there’s a great happy ending to the whole thing.

Joshua: So then… Why are the girls playing the guy roles?

Hans: It’s just something to make the production more interesting this time. Having guys and girls switch roles, that is.

Estelle: Really…? Wow…and the teachers are okay with this?

Jill: ‘End sexual discrimination! Be free of gender roles!’ Put in that light, the teachers loved the idea. Personally, I just thought people would get a kick out of it! ♥

From this, we can see that the line in question is used as an appeal to convince the teachers to authorize the gender-swapped play.

Hopefully this clears up any mystery about this line and this scene in the game. I haven’t played the game myself but it looks to be a strong JRPG made by and for JRPG fans.

If you liked this post and know any fellow Trails in the Sky fans, let them know about it. There's all kinds of stuff on this site that fans probably would enjoy!
Follow @ClydeMandelin

Why Watt’s Gender in Paper Mario Has Caused Confusion

Why does Nintendo call this character a "he" half of the time but a "she" at other times? 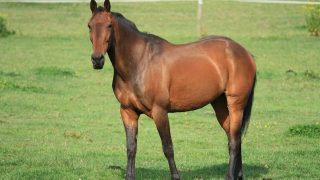 Does Japanese Disgaea Have a Horse Wiener?

Was this surprising line from the English translation in the original Japanese script?