Clyde Mandelin ‧ 23 Comments
Note that this is an old article from 2016 that I’ve moved to a different section on the site. It’s a little-known article, so if you haven’t seen it before, check it out!

My Legends of Localizaton work involves a lot of research, so I regularly find myself digging through old magazines, old videos, auction sites, and the like for information. I’m always coming across unrelated but super-interesting info, so I thought it’d be nice to start sharing some of that here on the site. Even if it doesn’t seem related to localization at first glance, a game’s history does often connect to its localization in interesting ways. So with that in mind I’m hoping to share various small findings once in a while, eventually in its own separate section.

To start off, here’s a neat little preview of Final Fantasy VI that I came across in a February 1994 issue of Marukatsu Super Famicom, a really great magazine that’s almost unknown outside of Japan. This was a few months before the game’s release in Japan, so it’s interesting to see what changed at the last minute. 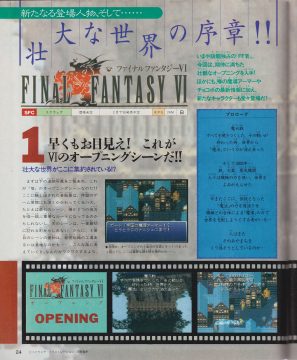 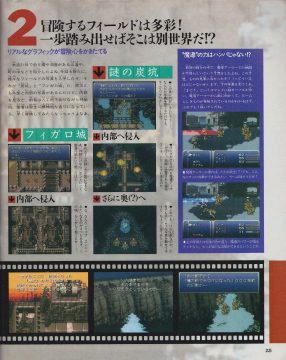 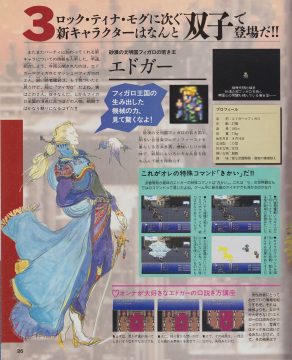 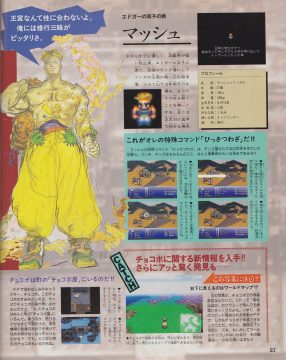 And for convenience, here are the same images (in higher quality) in a handy PDF file.

By the way, feel free to share this content or post this anywhere – if you could credit Legends of Localization and/or link back to this article that’d be nice too!

Anyway, I’ve only skimmed the article but a few interesting things popped out.

Narshe’s inn appears to have also featured a pub sign. 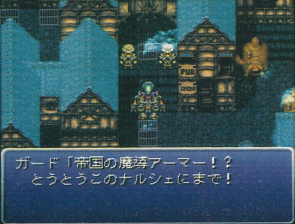 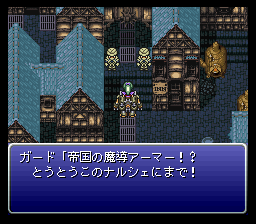 One of the images of the game’s introduction has slightly different text from the final version. 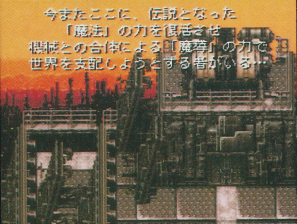 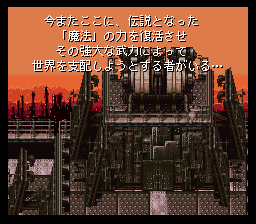 And here are rough translations of that same text for comparison:

So it appears this introduction was meant to introduce Magitek and explain its origin. I should note that the Japanese text in the first screenshot uses the word “madou”, which is what we know as Magitek.

Some of the battles shown in the preview don’t happen normally in the final game. More interestingly, the desert battle background looks very different. 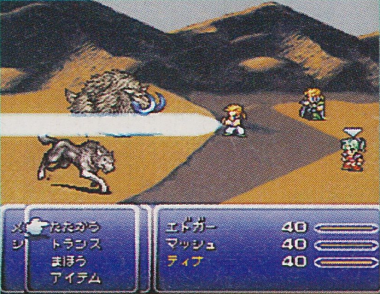 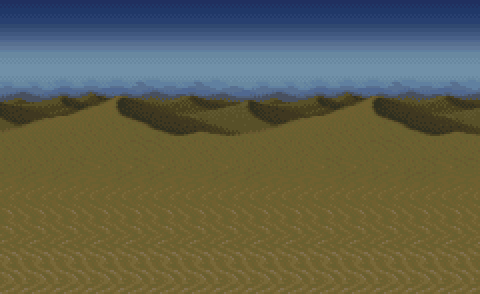 I’m guessing the original desert background didn’t have the wavy special effects, but then someone thought of it at the last second and put it in the game instead. I noticed this same background in the next issue or two of this magazine as well.

Also, it appears Terra has her Morph ability here, which seems unusual to see in this context but probably isn’t impossible.

It looks like Narshe was going to have a chocobo stable early on. The final version doesn’t feature one at all. 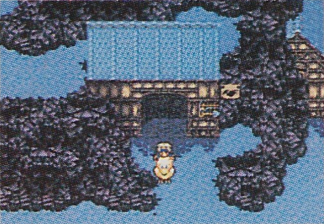 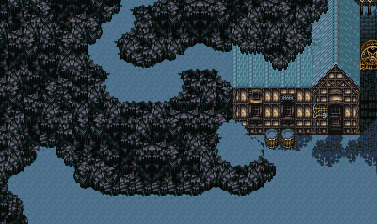 What a strange thing to change so close to the game’s release.

Anyway, that’s my little contribution for Final Fantasy fans and game historians out there. It’s very likely this is already all known and well-documented, but I thought it’d be nice to share it in my own way here. You know, I wonder if any data relating to any of this still exists in the final Japanese game.

I’m always on the lookout for info about games and game history, here are some ways you can help!

I’ll continue to share interesting findings here on the Legends of Localization site, although I still haven’t come up with a good name for a new section for it. If you can think of any good section names let me know in the comments. Also let me know if you notice anything else in these scans that I’ve missed! 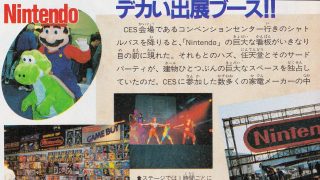 We always hear news about Japanese gaming events, but here's a Japanese look at an American event. 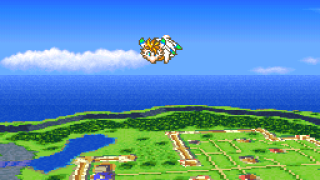 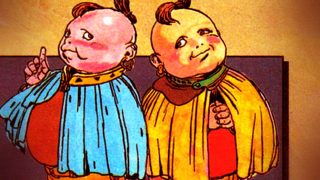